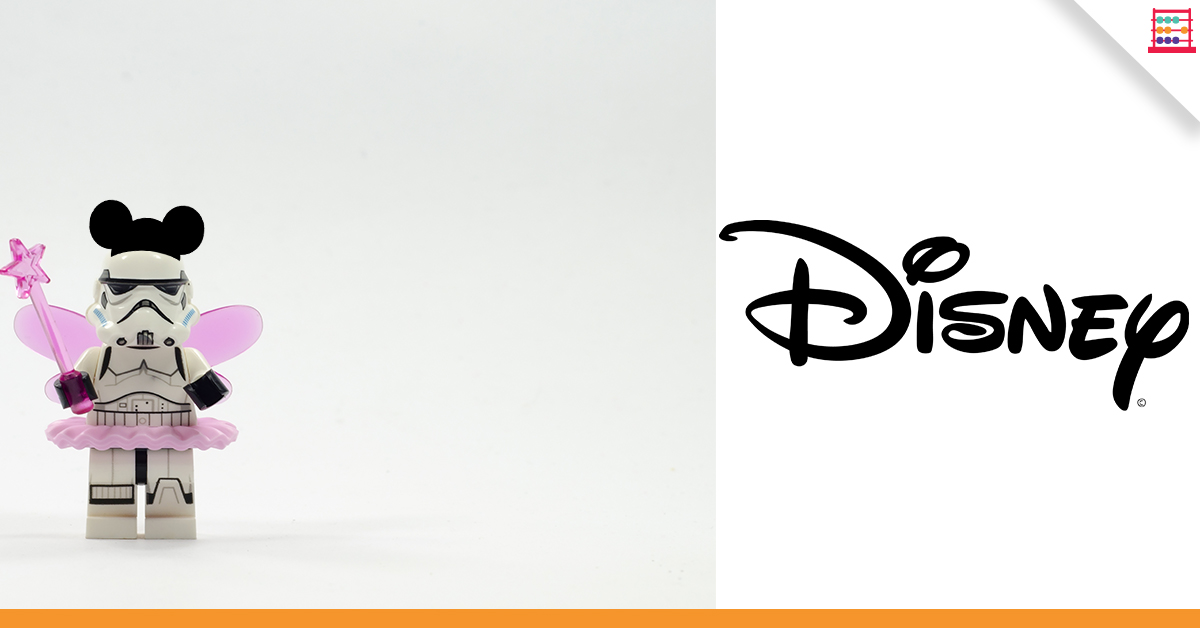 A not-so long time ago, in a galaxy not at all far away (cue dramatic music), we may be set to witness Stream Wars! Yes folks this is no joke, our beloved Walt Disney Company will start its own streaming service called Disney +. It was just a matter of time for Disney to expand its empire to the newest and hottest media platform and include a streaming service.

The Netflix share price fell (purple dotted), while Disney (pink line) increased in value when the announcement was made on the 11th of April. The new service is set to undercut current market leader Netflix (NFLX) by some margin. 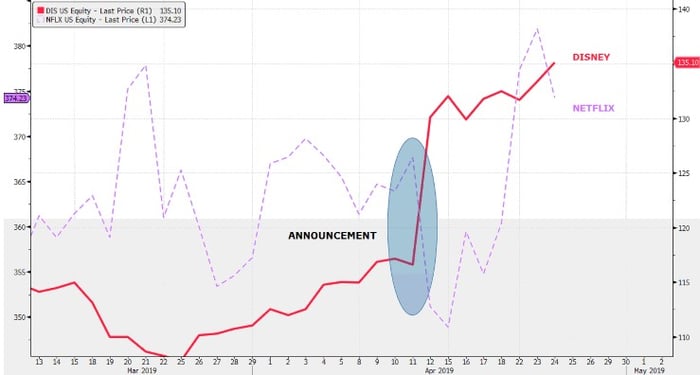 On the flip side, Disney’s Keven Mayer said that Disney is not looking to be bigger than Netflix but to coexist as Disney would offer entirely different content.

One thing that is for sure is that Disney is no “Micky Mouse” business anymore and by looking at the latest Q1 earnings release the company will be a household name for generations to come. Revenue beat analysts’ expectations by $96.50m and its Earnings Per Share (EPS) up by $0.30.

The next earnings date is scheduled for the 8th of May 2019.

By looking at the chart of Disney we can see that the price action broke out of the base formation around $116 per share and moved higher. The increased momentum was due to the announcement of the new streaming service. As greed sets in, it is possible that investors might push the price action to a target price of $140 per share in the medium term. 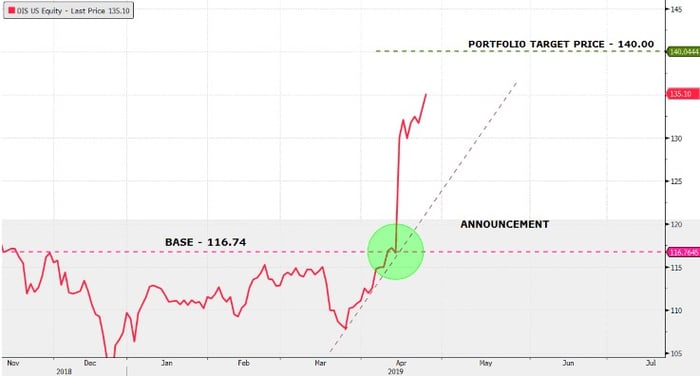 
Invest in The Walt Disney Co. 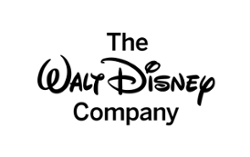 New to investing in US stocks? Learn how to transfer your Rands to Dollars using EasyFX here.