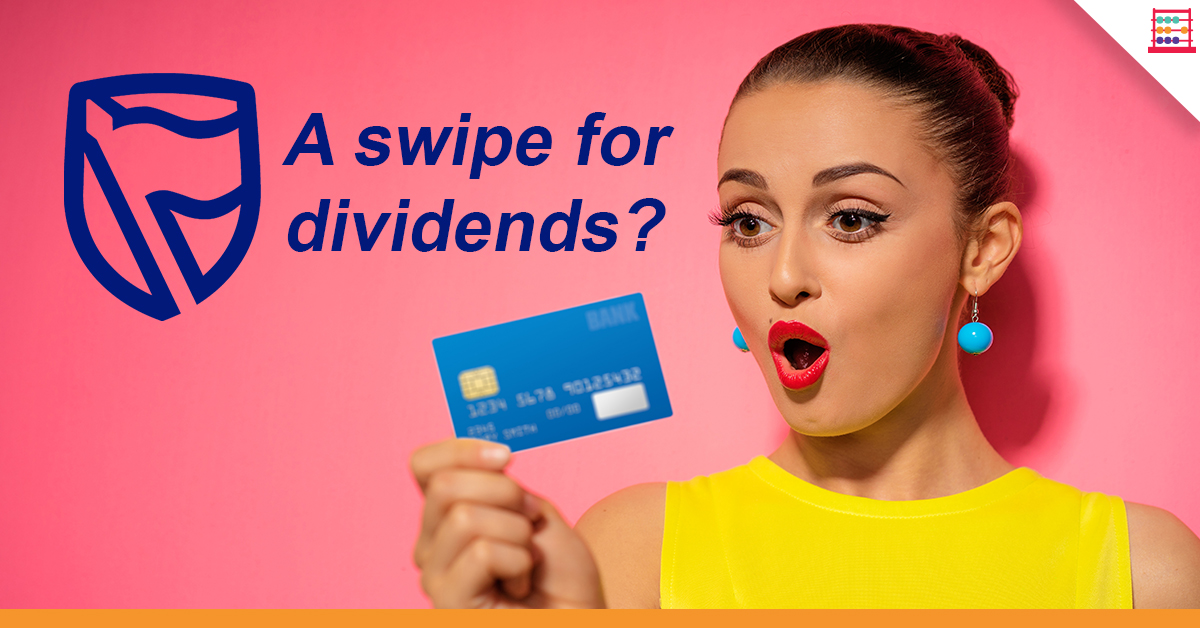 Click on logo to view Standard Bank stock
on EasyEquities

Besides the restructuring of its IT infrastructure which saw jobs on the line, the group has been increasingly reliant on its operations outside of South Africa. Standard Bank’s West Africa operations are set to take off after 2020, when its operations in Ivory Coast are established and Senegal becomes fully operational.

The recent job cuts from the Johannesburg-based lender, 2100 jobs cut over the last 12 months, has served the bank well to contain costs. The bank is looking to the future with the digitisation of its offerings, which will see its cost to ratio improving over time.

Click on logo to view Standard Bank stock
on EasyEquities

The South African economy has been on a knife’s edge with government bailing out failing SOEs, which has seen the credit rating agency Moody’s come calling once again. The risk of a possible downgrade might become a reality, which would hit the financial sector hard. However it looks like Finance Minister, Mr Tito Mboweni, may have come up with a resolution to turn it around.

SBK has been in a downtrend (mostly) due to a weaker economy and a weakening Rand (ZAR), which has added pressure on the financial sector as a whole. We expect the price action to move lower toward the 15500c per share support level, and possibly lower while economic uncertainty looms. 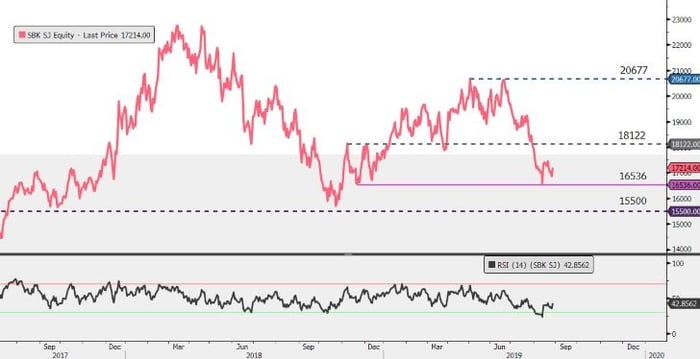