Naspers' Listing of Prosus on Euronext

Naspers intends to list its international internet assets on Euronext Amsterdam with a secondary inward listing on the Johannesburg Stock Exchange (JSE). This new holding will be named Prosus N.V. The transaction is due to take place on 11 September 2019.

This essentially means Naspers as it is now will be split into two companies, Prosus listed in Amsterdam (secondary listing in SA) and Naspers (listed in SA). Prosus will comprise Naspers’ international consumer internet assets, including Tencent, Classifieds, Payments and Food Delivery. 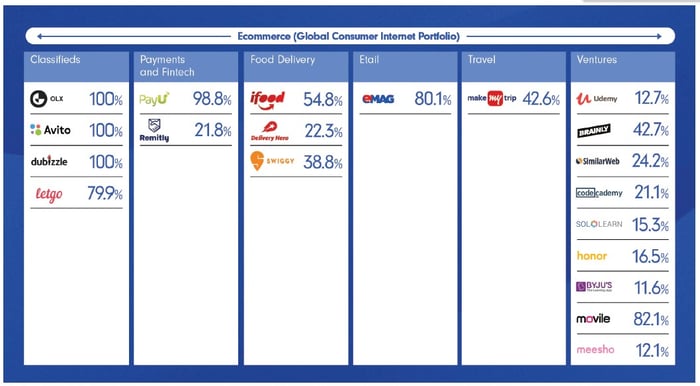 On the Capital Restructure Date, Naspers will hold its South African assets in:

The new Naspers will also hold between 73.00% and 83.00% of Prosus (the exact amount will depend on the elections made by current Naspers on this capitalisation issue). 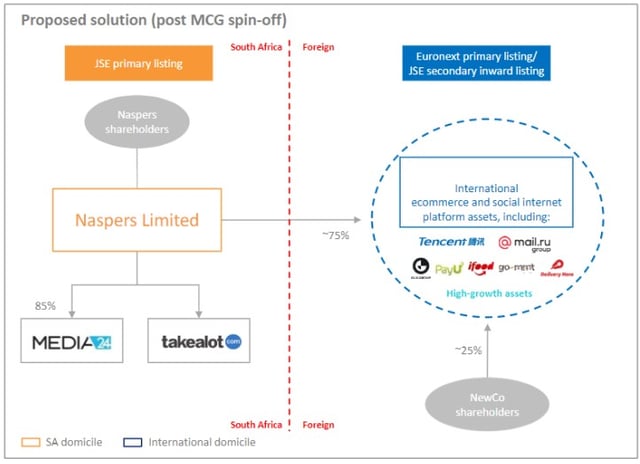 Thus, after the capitalisation issue current Naspers shareholders will, depending on their selection, be invested in either:

The default option is for shareholders to receive Prosus shares, i.e. if you don’t make an election this is what will be provided. Read the full prospectus here.

Shareholders taking the Prosus shares will incur a capital gains tax on implication. This means that tax needs to be paid now that would otherwise have been payable at a later stage, such as when selling Naspers shares in the future (i.e., there is an acceleration of tax but not a double tax).

For this reason, South African tax resident individuals may prefer not to receive Prosus shares but can instead decide to take additional Naspers shares.

What Emperor is Electing

The above is Emperor’s view, it should not be construed as advice and may not be suitable for all investors particularly for those investors who may have a large capital gains event.