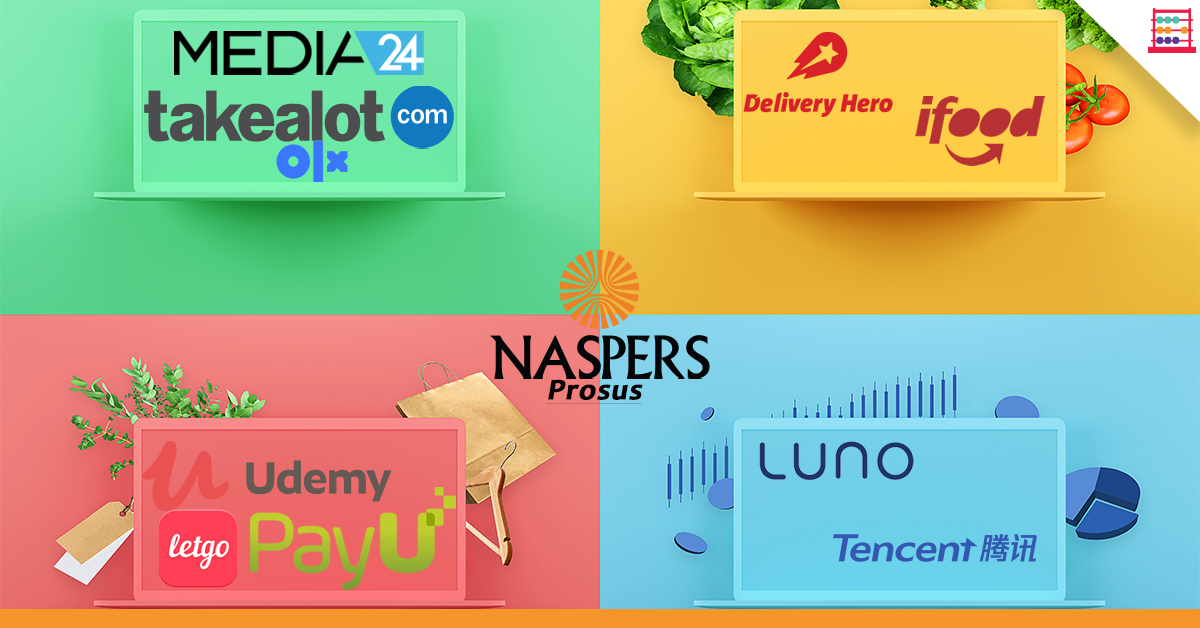 The date is set, and we are almost set for lift off as Prosus the latest e-commerce business offering from Naspers is finally set to make its debut on Amsterdam’s Euronext Stock Exchange.

The proposed date is the 11th of September to list in Amsterdam with a shareholders meeting still to take place on the 23rd of August 2019 in Cape Town. Prosus, will include all the group's internet assets outside of SA, including its 31% stake in Chinese internet giant Tencent.

Please also have a look at the EGM Circular SENS announcement for more information on the EGM.

Take note: that this unbundling is dependent on the resolution being passed at the EGM. If shareholders do not vote for it, it will not go through.

Click on logo to view Naspers stock
on EasyEquities

Prosus, the Latin word for “forwards” is certainly a step forward for Naspers, which has its humble beginnings dating back to 1915 as De Nasionale Pers Beperkt (National Press Ltd). Prosus is expected to be the biggest listed consumer internet company by asset value in Europe.

How will this affect the Naspers shareholders?

The info graphic below gives a great illustration of the corporate action with a proposed timeline of events to take note of if you are a Naspers share holder. 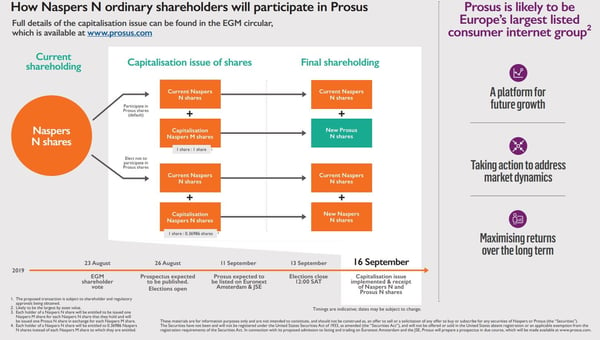 Shareholders will receive shares in the new company (Prosus) or can choose to receive more shares in Naspers instead, subject to certain limits.

In short, by looking at the infographic - as a Naspers share holder deciding to participate in the corporate action:

And if you elect not to participate in Prosus shares:

We might expect the share price to move lower with the un-bundling, but without a doubt a lot of value will be unlocked in Naspers. By looking at the chart, we can see the latest breakout from the triangle pattern as the price action pushes higher to the R3 610/ share level.

The price action has been consolidating over the last month and at current price levels we would need to see a close above the R3 610/ share resistance level to support a bullish outlook. The technical triangle pattern breakout level might be retested at R3 510/ share before we push higher once more. 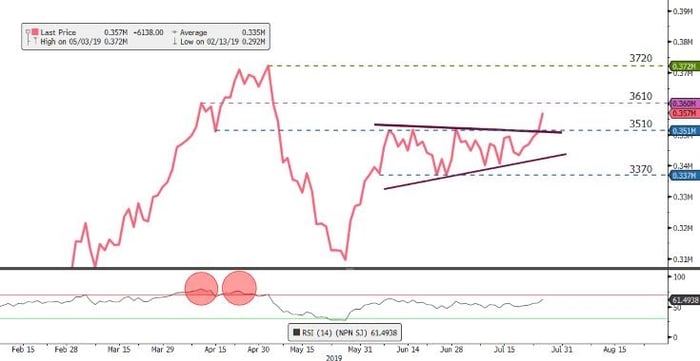 Best news of all: Naspers is a #Thrive 50 share, which means 'Thrivalists' stand to pay $0 in brokerage fees when purchasing Naspers stock on EasyEquities.

Unlocking value for shareholders overtime and adapting to economic conditions has seen Naspers become one of the largest tech investors in the world. This was evident in the latest earnings released in June which saw its HEPS increase significantly by over 30%.

With its latest move to separate its internet assets, it might just be the next step in the exciting Naspers story. Undoubtedly, the group hopes to narrow the discount Naspers' shares trade at relative to the value of its assets. It will turn out to be either a brilliant move by Naspers, or an epic fail. Only time will tell.

The un-bundling will see its weighting reduced on the JSE which has also raised its own concerns over the last couple of years. At this stage of the race, Naspers still has an attractive offering which should be part of one’s portfolio.