Intellidex Reviews April 2020: in the news

Equities globally, resurrected from the March abyss to rebound strongly in April, buoyed by unprecedented monetary and fiscal firepower unleashed by major central banks and governments in response to Covid-19.

The MSCI world index, a barometer for the dollar performance of developed market equities, climbed 10.8%, while the MSCI emerging & frontier (dollar) index rose 8.9%. The havens, global bonds and gold, also closed the month higher, confirming the view that most asset classes become highly correlated during periods of high turbulences.

It is perhaps surprising to learn that April was the second-best monthly performance for the JSE top 40 index in two decades, climbing 13.8%. But context is everything, it is off a very low March base, which closed the worst quarterly performance on record. Also, it is still down 8.8% year-to-date (YTD) to end-April. Similarly, SA government bond prices recovered while yields subsided.

Against this backdrop, average returns for JSE-listed local and foreign asset ETFs were positive. A basket of all local ETFs rose 9.6% while the basket of all JSE-listed international ETFs climbed 10.4%.

In contrast, the basket of commodity ETFs lost 1.8% as rhodium and palladium funds came under pressure. Consequently, Intellidex’s equally weighted ETF portfolio – which is built from these three broad JSE ETF categories – increased 7.25%, below its benchmark of all JSE-listed ETFs, which rose 8.6%.

Due to both global and local lockdowns wrought by Covid-19 there is no shortage of bad economic news. Briefly, China’s Q1 GDP contracted for the first time in more than four decades; US jobless claims are at their worst level since records began and its GDP contracted by the steepest rate since the global financial crisis; and eurozone GDP declined by the fastest rate in Q1 since record-keeping began in 1995. The second quarter of the year is likely to be worse as it has been characterised by longer lockdown periods. Airlines have been the hardest hit, with Virgin Australia placed under administration.

Locally, bar SA’s current account, which was surprisingly strong in the first quarter, almost all other indicators are pointing the wrong way. The ABSA PMI tanked to 5.0 in April, the lowest on record by a long mile, while vehicle sales plummeted by 98.2%. We expect more of the same when other economic prints are released in due course. Furthermore, companies are feeling the heat, with several filing for business rescue while others have permanently closed all or some of their operations. Examples include Edgars, Comair, Caxton, Associated Media Publishing and Flight Centre.

Two important themes playing out both locally and globally are lockdowns and economic stimulus packages. In the case of lockdowns we are beginning to witness the economic carnage, which is spooking both policymakers and investors. As such, policymakers are under pressure to restart their economies. Finding the right balance between the cost of the virus spreading and the economic benefit of loosening lockdowns will be key.

The economic stimulus responses globally are unparalleled, which to some extent should counter the decline in economic activity. However, the unprecedented disruptive nature of Covid-19 has made it difficult to quantify its economic impact, with economists repeatedly revising forecasts downwards.

Bloomberg Economics estimates that, in an optimistic scenario, the cost of lost output from the pandemic may be more than $6trn (about 7% of global GDP). Many companies globally have withdrawn their earnings guidances. But we can read a lot from global banks – in their recent quarterly results they hiked their bad loans provisions (a forward-looking metric),  in some cases quadrupling, which is telling of the extent of what to expect in the near future.

Furthermore, an emerging risk is the re-escalating of China-US relations at a time when the global economy can ill afford it.

Locally, the lockdown has been extended but with some alterations meant to accommodate a gradual reopening of the economy. On a positive note a much-needed R500bn economic stimulus programme was announced, along with Reserve Bank interest rate cuts. Bar the R500bn package, SA is struggling to find the right balance between containing the virus and reopening the economy. 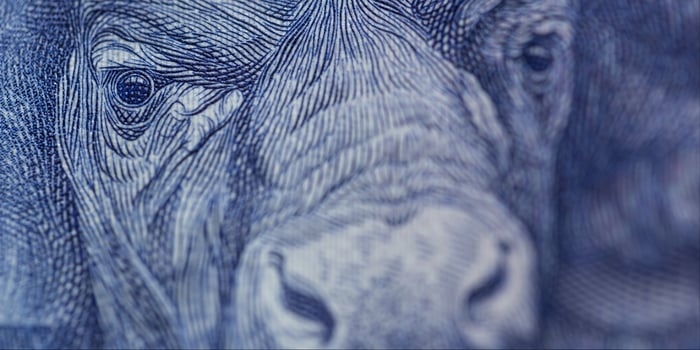 While we have been lauded by the WHO for a robust response in containing the spread of the virus, the economic response has been a bit haphazard, mirroring the incongruency within the ANC. The reversal of a decision allowing the sale of tobacco products and unjustifiably restricting e-commerce are some of the decisions made by the government which boggle the mind. We think whatever can be opened safely should be allowed to operate.

While the R500bn and interest rate cuts are positive for growth, the lockdown extension, though necessary, is a blow. At Intellidex we now forecast a GDP decline of -10.6% this year – it would have been -16.4% without the stimulus package. We also see inflation easing further, mainly due to softer demand and low oil prices (which partially offset the weaker rand). This will see the fiscal gap widen, with negative implications on government’s borrowing costs.

Finally, the trillion-dollar question is how long the recession will last? Unfortunately, we do not have a clear-cut answer, but we think it primarily depends on how quickly scientists find a Covid-19 treatment with high efficacy. Scientists are frantically at it with several vaccines and antivirals in trials. Meanwhile, Remdesivir, a drug once used to treat the Ebola virus, recently received emergency approval to treat Covid-19 patients in the US. We remain confident that once more human ingenuity will prevail.

In the meantime, countries that can quickly adapt to the new normal by integrating preventative measures in everyday life while minimising economic disruption will fare better. Unfortunately SA is struggling to achieve this.

Intellidex Reviews
March 2020: In the news