Chemicals or mechanicals with Sasol?! 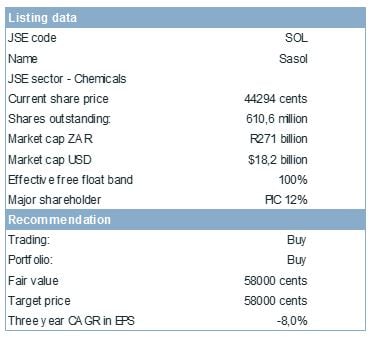 The latest production numbers out of Sasol for Q3 and the nine months to March 2016 suggest that full year production for the year to June 2016 will be broadly in line with expectation.

Synthetic fuels production declined slightly by 2% year-on-year in Q3 and increased by 3.3% or 0,8 million barrels year-to-date for the nine months.

Mining saleable production was up 7.5% year-on-year in Q3 and up 2% for the year-to-date.

Polymer volumes increased in 3Q as Q2 production was impacted by the shutdown but year-to-date production is 7.3% below 2015 and full year production is unlikely to match 2015.

Solvent sales had a good Q3 as stock built was drawn down. Full year sales should be ahead of 2015.

Base chemicals prices have been declining in line with oil & gas dynamics - 21% year-on-year and 22% year-to-date in US dollars. Similarly, feedstock costs in performance chemicals are also declining in rand.

My note dated 17 March (“Updating Sensitivities”) provides detailed background on earnings outcomes on different assumptions and remains relevant. I urge investors to reference this note and other previous notes too before making a decision.

I continue to maintain that the economics of the Lake Charles chemicals project in the US are sound and earnings accretive from 2020 once the project comes on stream.

Meantime, the National Energy Regulator approved a 18.6% increase, to 34 cents per litre, on Transnet liquid fuel pipeline tariffs with effect from April. A further rise to 47 cents per litre is approved for 2017. These tariffs are calculated on the operator making a reasonable return on capital. The multi-product pipeline will soon be on stream and thus the hike in tariffs.

Sasol will be able to increase the ex-refinery price by at least 5 cents a litre or the equivalent of 55 US cents/bbl in 2016 and 12 cents per litre in 2017. However, as transport costs to ship crude oil from Durban to Natref on the reef also rise there will only be a small net advantage to Sasol. Natref is a 63.64%/36.36% joint venture between Sasol and Total. Nevertheless, I would expect earnings to benefit by roughly R200 million in year one and R500 million thereafter.

Whilst Sasol remains a trading Buy, I continue to advise selling the rallies into strength until there is more certainty in the oil market around inventories. 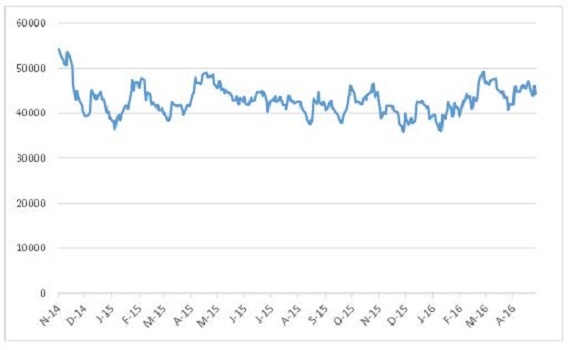