A deeper dive into DCX10 Assets 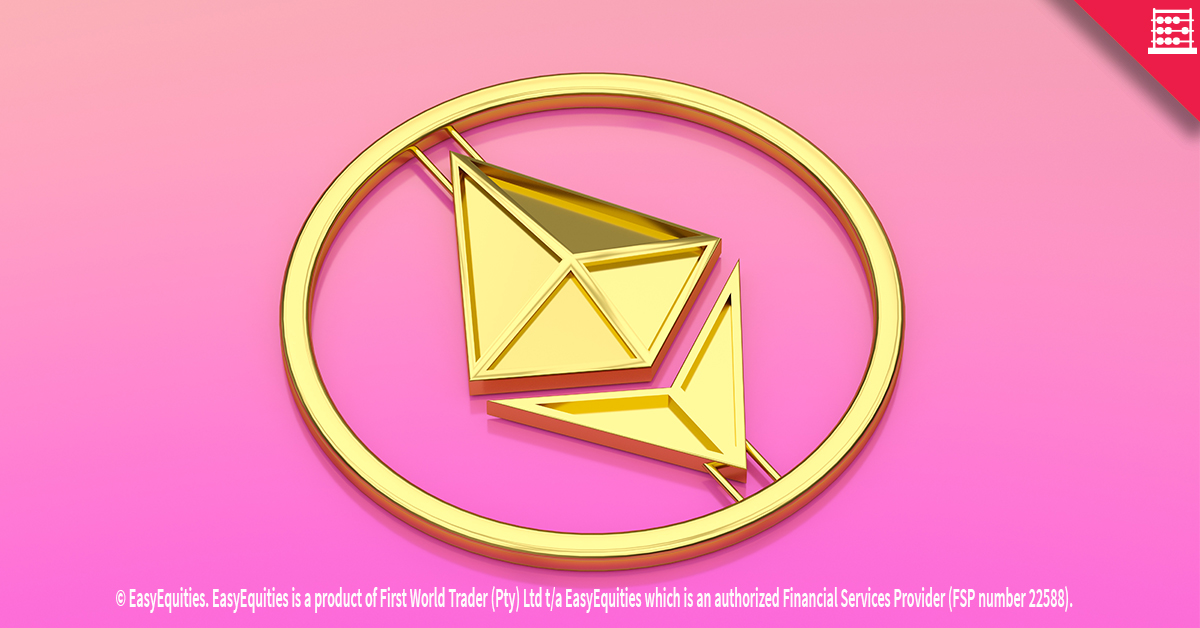 This week we take a look at Ethereum, the second-largest crypto asset by market cap, making up almost 10 percent of the DCX10 index.

What is Ethereum and where is it going?

Ethereum is an open-source, decentralized, public blockchain, dubbed, a world computer. One of Ethereum's defining attributes is the ability to run "smart contracts". Ether (ETH) is the token generated by the Ethereum platform, and the underlying crypto asset held by DCX10. ETH is the cryptocurrency used to pay for the processing power of the chain in order to run smart contracts or other applications, in what is called 'gas'.

As with Bitcoin and other cryptocurrencies, each Ether is validated by its blockchain, which is a continuously growing list of records, called blocks, which are linked and secured using cryptography. While Ethereum has similarities to Bitcoin, it has the added ability to run smart contracts, which can also be described as "programmable money".

Ethereum was planned in 2013 by Vitalik Buterin, a cryptocurrency researcher and programmer. Development was funded by an online crowd sale, arguably the first ICO, that took place between July and August 2014. The system then went live on 30 July 2015, with 72 million coins "premined".

Ethereum not as a payment system but rather a world computer

Ethereum allows individuals to create smart contracts or agreements that only execute once certain conditions are met.

As smart contracts run on the Ethereum blockchain, they run as programmed without any need for a third-party and are resistant to censorship, downtime, or fraud. The Ethereum blockchain also allows developers to build Dapps, "decentralized applications", all on one platform, instead of multiple chains.

Smart contracts have been used on Ethereum for a variety of purposes, from issuing ICO tokens during the 2017 crypto craze to creating entire decentralized autonomous organizations (DAOs), even the DCX10 token runs on Ethereum.

There seem to be many variations of Ethereum

Just like Bitcoin, there have been numerous hard forks of the Ethereum blockchain. Anyone can fork a blockchain but what matters is that the new forked/split chain gets community traction. Hard forks have been shown to be a strength blockchains possess.

In 2016 The DAO, a decentralized autonomous organization, underwent a hack, and as the project had raised considerable funds of Ether, which was stolen, the community was divided regarding undergoing a hard fork to recover the funds. The result was a split in the chain, with Ethereum Classic (ETC) continuing on the original chain and Ethereum forking. DCX10 holds Ethereum and not ETC as the ETC market cap has fallen even out of the top 20.

How is the price of Ethereum calculated?

In the same way that traditional currency prices change every day, so too does the price of Ether and other cryptocurrencies. Ether, just like Bitcoin, also trades in many different places and with a variety of different fiat currencies. Ether is different from Bitcoin in that it does not have a set supply of 21 million BTC, instead, its supply is uncapped. It also does not have its supply rate halved every four years, rather it’s a consistent supply.

So what's happening with Ethereum in 2019

Heath Tabert, chairman of the United States Commodity Futures Trading Commission (CFTC), recently said that he believes Ether is a commodity and suggested that Ether futures trading could soon become a reality. This clarity on classification could be very bullish for Ether - “We’re not banning it yet, we’re gonna regulate it,” and now investors can say “Put them in my commodity bucket.’”

This year’s recent Devcon 5, an annual conference held by the Ethereum Foundation, shed some light on development in the project. Three key updates being a) Ethereum’s creators acknowledge the blockchain wasn’t built to scale as a mainstream transactions platform. b) A planned update meant to address scaling issues, known as ETH 2.0, is at least two years away. c) There is no definite plan for how or when to migrate tokens and smart contracts onto ETH 2.0, there are, however, many proposals for how it could be done.

What has Ethereum achieved since its launch?

The original Ethereum platform has inspired billions of dollars worth of economic activity, from token sales, ICOs to “Decentralized Finance” applications, and influenced the way regulators view cryptocurrencies that “decentralized” after project fundraising. Ethereum has also attracted an extremely devoted following of thousands of developers. Daily crypto trading volume also second only to Bitcoin.

During the crypto craze of 2017 Ethereum reached prices well in excess of $1200, today trading at $170. That kind of stellar performance is even more eye popping if you realise it came from a base of under a $1. That was when ETH was still in its infancy. Today we have “relatively” flat prices all the while massive community involvement, thousands of committed developers as well as millions of dollars of financial backing.

Interest in the chain is at the point that the chain is congested, a nice problem to have - it means it's actively being used. Being excited about ETH and its price is perfectly reasonable if you believe in its massive potential being THE chain developers want to build on or rather it being THE chain for any application of blockchain in daily life. Currently that translates to a market cap of $18.5 Billion and 2nd place in the DCX10 token.

Read: When in doubt, zoom out