What a time to be alive! A DCX10 & crypto update 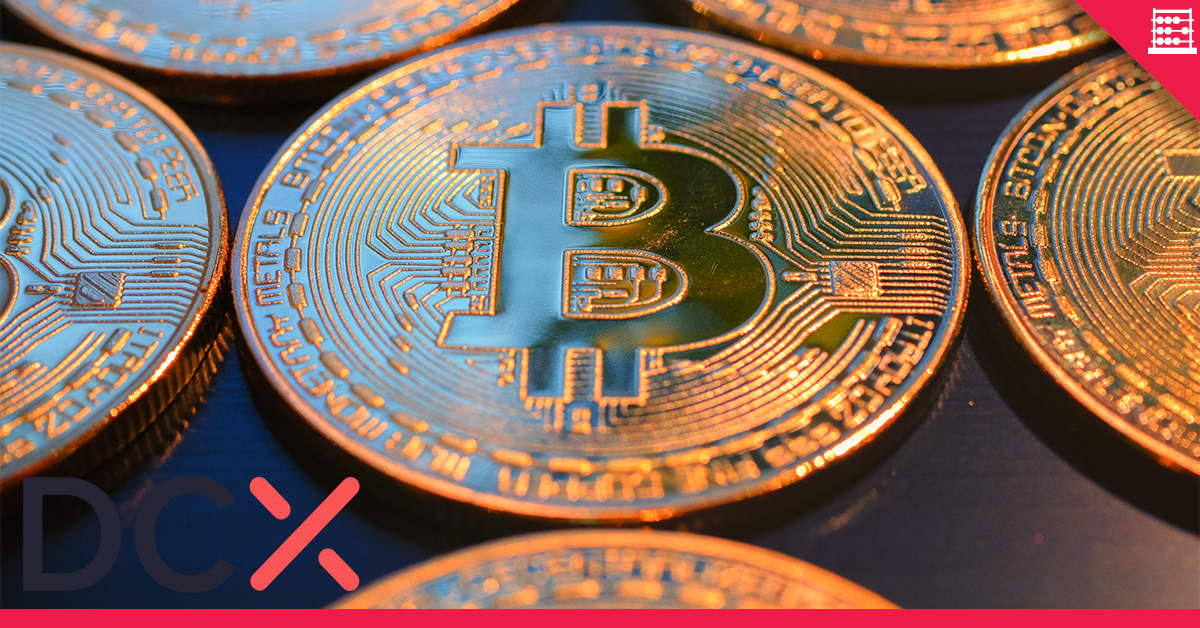 In the last 18 months a lot has happened in the world of Crypto and DCX10.

We’ve seen the market pull back by 80% and then stage a 200% recovery. We’ve seen financial services giants like Fidelity, NYSE, and TD Ameritrade enter the crypto market. Tech giants like Facebook, Samsung, Square, and HTC have come along as well. We’ve seen Harvard, Yale, Stanford, and MIT, and even two pensions funds, make their first allocations to crypto.

But we’ve never seen anything like what happened in July.

July 2019 will go down as one of the most important months in crypto’s history. It is the month crypto went mainstream: the month when it began its inevitable journey from the fringes of fintech into the centre of conversations about how both the financial industry and money itself operate.

In the past month alone, the U.S. Congress held two days of consecutive hearings on crypto, with both the House and Senate, followed by another this week; the U.S. Treasury Secretary held an emergency press conference to discuss the status of cryptocurrency regulation; the Wall Street Journal had articles about crypto on the front page, above-the-fold; the International Monetary Fund put out a 20-page white paper calling digital currency the future of money; the Securities and Exchange Commission (SEC) approved the first Reg A+ token offering, creating an avenue to restart the initial coin offering (ICO) market; and CNBC and other financial news networks substantially increased their crypto coverage.

What a time to be alive.

The reason all of this matters, however, is not because it has raised deep, big-picture questions about the nature of money. Those debates, while worth having, are still years in the future in terms of immediate impact.

The reason this matters now is that by forcing crypto onto centre stage, Facebook’s Libra and other catalysts have changed the nature of conversations that investors are having about crypto around the world. 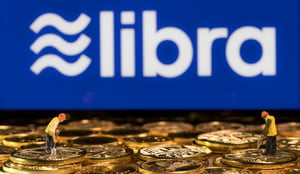 Thanks to Facebook and the hearings with Congress, people realize they can no longer ignore cryptocurrency. If the government and the largest consumer company in the world are taking it seriously, they have to too. They need to have an (informed) opinion.

Moreover, this newfound attention from government is arriving at a fortunate moment for the crypto industry. It’s a chance for the industry to rewrite its mired reputation. While impressions of crypto as an internet backwater—overrun with bad actors and bad behaviour—linger in the minds of many, the reality has completely changed in just the last two years.

The SEC has subpoenaed and charged dozens of bad actors—a massive cleanup—and is now in constant dialogue with good actors in the space. As a result of enforcement and monitoring, the DEA itself says criminal activity is no longer the main (or even a significant) use of crypto. The CFTC, FinCEN, NYDFS, and FINRA have all been actively licensing and overseeing the space for more than a year. Beyond regulation, the industry is awash with not just capable new firms and human capital, but reputable mainstay counterparties in almost every category, from Fidelity to NYSE to CME to Susquehanna to Jane Street to Cohen & Co. to Deloitte Tax and PwC.

This is all to say that the government's spotlight is arriving at an incredibly opportune moment. It’s shining light not on rampant bad behaviour—as some expect—but rather on an increasingly professional, regulated, orderly, and trusted industry.

In sum, the best way to think about what happened over the past month is to view it as a catalyst for the asset class’ timeline. Thanks to Facebook’s Libra and Congress, we have just fast-forwarded two or three years into crypto’s future, accelerating all the conversations, debates, and mainstream discussions into the present day.

Bitcoin dominance in the DCX10 index has recently risen to a staggering 74% measured by market cap, and remains the major force in the 130% rise of the Index for the year to date.

Bitcoin is recovering from a bout of extreme overbought conditions on the hourly chart. After peaking above 80, the relative strength index (RSI) has returned to a more sustainable 63. 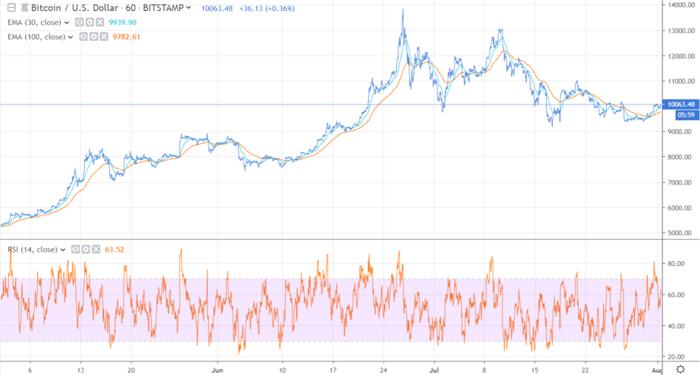 Bitcoin Proves Its Worth as Fed Embarks on Rate Cut

The Federal Reserve on Wednesday voted to lower its benchmark interest rate by 25 basis points, marking a major paradigm shift in monetary policy. After all, it was a mere eight months ago that the Fed initiated its last rate hike of 25 basis points.

While the Fed left the door open to another rate cut in the coming months, some traders were expecting policymakers to strike a more dovish tone. In fact, at least a fifth of futures traders were expecting a 50 basis-point reduction to the federal funds rate, according to CME Group’s FedWatch Tool. The consensus is that the central bank will lower interest rates again in the fall.

Bitcoin continues to be unaffected by monetary policy and may prove more valuable as central banks around the world follow the Fed’s lead. The European Central Bank, Bank of Australia and Bank of Canada are just some of the players that are expected to match their U.S. counterparts in rate cuts.

In the coming years, DCX10 holders will have the opportunity to test their hypothesis that the leading Crypto Index Token is the best hedge against inflation. So long as the money supply of major economies continues to grow, inflation is a guarantee.