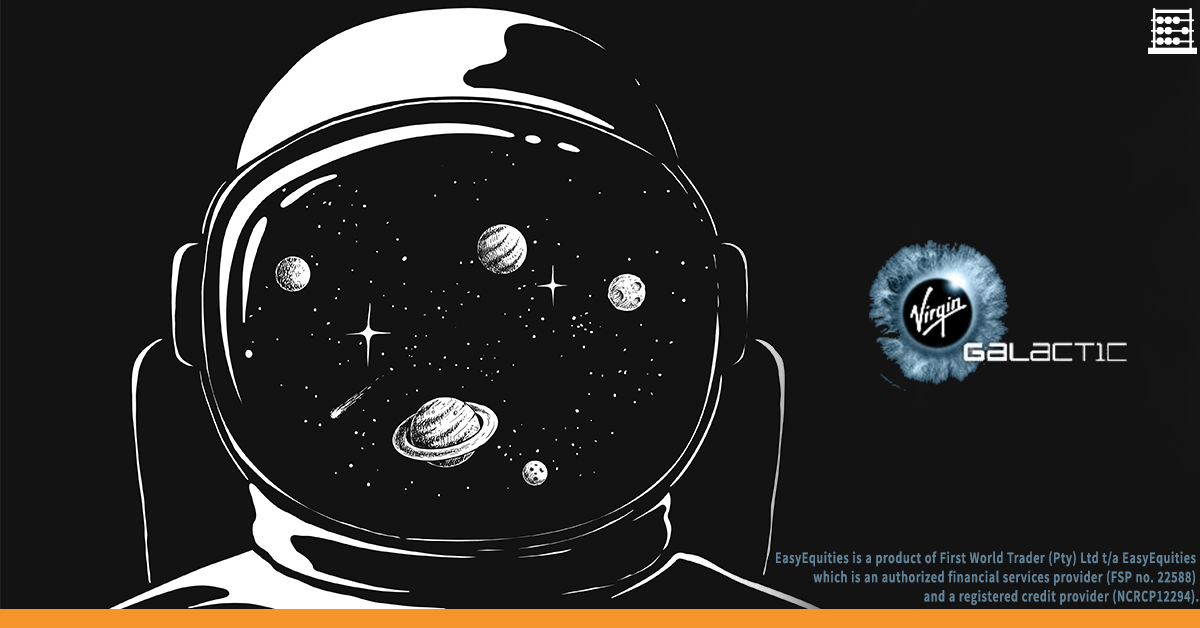 Is it time to prepare the hyperdrive? Virgin Galactic will be the first spaceflight company to make the jump into (light speed) space tourism.

"We are at the vanguard of a new industry determined to pioneer twenty-first-century spacecraft, which will open space to everybody and change the world for good." - Sir Richard Branson, Founder, Virgin Galactic.

The “new” space race is in full swing as Virgin Galactic Holdings became the first space tourism business to go public on the 28th of October 2019. Social Capital Hedosophia will hold a 49% stake in the space flight and tourism upstart following the special purpose acquisition company (SPAC) transaction, while Sir Richard Branson will own 51%.

Much like all the long-awaited IPOs in 2019, SPCE had a stellar opening day but sold off as much as 20% below its opening price in the days to follow.

Some of the concerns creeping in are the lack of a “real” business model, seeing as it has not yet put a customer into space. The company also recorded losses of $86.7 million from $2.4 million in revenue for the first six months of 2019. The enormous risks involved with spaceflight might also be a concern for investors at this time, not to mention the “early bird” ticket holders.

With planned commercial flights as soon as next year, Virgin Galactic has already secured over 600 customers who have already forked up the $250 000 for a single ticket. The company plans to increase the fare once it starts taking new bookings. Virgin Galactic has also attracted investment from The Boeing Company’s start-up division HorizonX Ventures.

The commercial space sector will see Musk (SpaceX), Bezos (Blue Origin) and Branson (Virgin Galactic) squire off in this industry projected to be worth over 2.7 trillion by 2045 according to Bank of America Merrill Lynch.

It is still early days, but the price action needs to get above the significant overhead resistance level at 10.50 to signal that buyers are entering the market once again to drive prices higher. We might see buyers coming in driving prices higher from the recent lows to the $10.50 per share level. 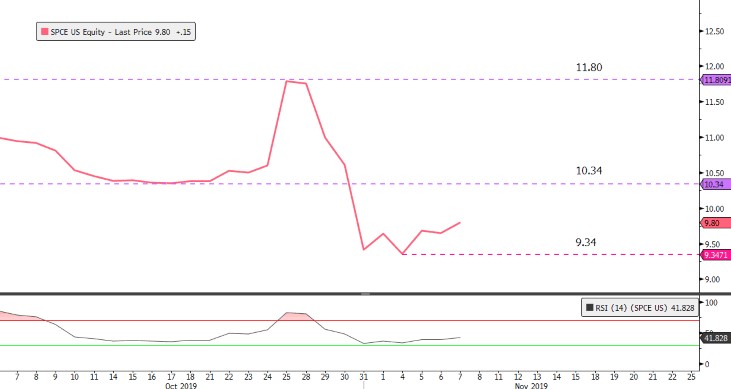 Keen to add more US stocks on the EasyEquities platform?
Submit your share suggestion on this form.