The gold rush of the 19th century is a Tale filled with triumphs, hardships and greed. These attributes still ring true to this day as modern-day prospectors and huge mining corporations nowadays still need to turn a profit.

Significant gold deposits in the Witwatersrand were only discovered in 1886 in what we now know as the Main Reef. Mining on the Witwatersrand was temporarily disrupted by the Anglo Boer war and the first world war (WW1). After WW1, modern mining techniques were introduced which saw investors establishing formalised mining houses in Johannesburg which had become the heart of gold mining in the Witwatersrand.

It was clear that mining in the Witwatersrand was viable as the terrain provided ideal conditions, the ore was rich and located close to the surface, Capital was in abundance from domestic and international investors and there were copious amounts of unskilled labour from the region. The movement of these labours is best described by Hugh Maskela in his song “Stimela” where he describes how the Choo-Choo train travelled from all the hinterland of Southern and Central Africa transporting young and old men to work in the belly of the earth in the gold mines of Johannesburg and its surrounding metropolis. By 1959 Anglo American sank a shaft of 300 meters which was a record for its time and was double the depth previously mined.

By 1998 it became clear that Anglo had to consolidate its gold operations and formed a subsidiary called AngloGold. The political and economic landscape had changed, unions that did not have much clout during the Apartheid era were now significant players and demanded better wages and working conditions for their members. Gold miners had to adapt their businesses quickly to the changing environment or collapse and fail. As the political theatre continued to evolve, mining houses found it extremely difficult to do business in SA and sought greenfield and brownfield ventures outside the borders of South Africa.

This business would only survive in this state for a further 6 years before the merger of AngloGold and the Ashanti Goldfields Corporation of Ghana in 2004. AngloGold Ashanti (ANG) became a world global producer with operations scattered across the globe, from this point the short comings of the South African operations were soon to be exposed.

From the merger ANG inherited some legacy problems from the Ashanti mines which would take years to shake off. The business adopted an aggressive hedging strategy post the 2009 financial crisis, ANG intended to mitigate losses as uncertainty around commodities prices escalated. Operational costs for the miner’s sky rocketed before the crisis with Brent crude trading over $100 per barrel and emerging market currencies came under pressure.

After 2009, capital expenditure in SA by ANG declined significantly as some of their mines went through a state of care and maintenance. The term 'care and maintenance' is used when a mine has stopped production and is temporarily closed for technical, environmental, financial or labour relations reasons (Minerals Act, 1991). Mine closures and disposals have been the order of the day, these have been orchestrated by an unstable labour market as unions downed tools consistently despite the long-term escalations agreed to in previous agreements.

What happens next for ANG

As the saying goes 'all that glitters is not gold' as AngloGold did not even have to make an official announcement that it was divesting from SA; its capex spent in SA for the last 10 years is a statement in itself. If one drills down into their financials for the last 10 years one can see that majority of its income now comes from assets outside of South Africa. The yields that ANG gets from its operations outside of SA outstrips the yields it gets in SA by a country mile. The business continues to be profitable at these levels, however if you strip out the SA mines from the equation, the business becomes significantly more profitable. Shareholder pressure of recent has called for management to reshape and resize the organisation is this highly competitive environment.

SA has lost its competitive edge as electricity prices have increased by over 500% over the last 10 years, while the wage bill continues to balloon, and deep underground mining has become risky business. The advantages that the pioneers enjoyed at the start of the gold rush in SA have been eroded and leaves very little upside for the big operators.

There is no room for sentiment at this juncture, big names in the gold sector need tier one gold assets to remain relevant and profitable. If ANG does not move fast, it will soon be a takeover target. Most world players are consolidating their positions and looking for prized assets to complete the jigsaw puzzle. ANG will remain listed on the JSE for now, however a primary listing on a more liquid exchange is not out of the question. For ANG to remain relevant in the industry, it needs to be able to let go of the underperforming assets and free up some breathing space on the balance sheet.  Gold miners the world over are heavily geared and have debt to equity ratios well above 65%. 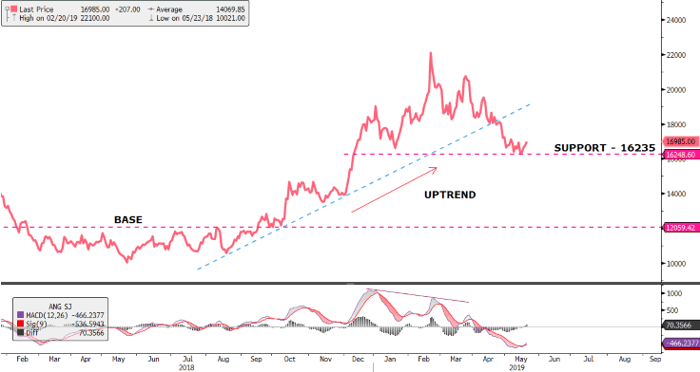 This move by ANG should be positive for the business, as we anticipate seeing the share price stabilising and covering the widening discount it has to its peers. They are likely to look for a buyer for their Mponeng mine, (the deepest mine in the world) and their tailings businesses. This new chapter in the life of ANG is just another in a perpetually evolving mining enterprise. 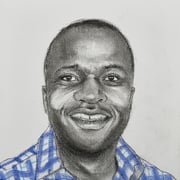 Paul is a trader with GT247, he has experience across various asset classes in the financial markets and remains an avid student of the markets. Paul has been around the block (still getting an education) and brings old fashioned fundamentals to the team, which he often shares on various media platforms with a wealth of experience in the investment markets.

Any opinions, news, research, reports, analyses, prices, or other information contained within this research is provided by Paul Chakaduka, Market Analyst at GT247 (Pty) Ltd t/a GT247.com (“GT247.com”) as general market commentary, and does not constitute investment advice for the purposes of the Financial Advisory and Intermediary Services Act, 2002. First World Trader (Pty) Ltd t/a EasyEquities (“EasyEquities”) and GT247.com do not warrant the correctness, accuracy, timeliness, reliability or completeness of any information received from third party data providers. You must rely solely upon your own judgment in all aspects of your investment and/or trading decisions and all investments and/or trades are made at your own risk. EasyEquities and GT247.com (including any of their employees) will not accept any liability for any direct or indirect loss or damage, including without limitation, any loss of profit, which may arise directly or indirectly from use of or reliance on the market commentary. The content contained within is subject to change at any time without notice.