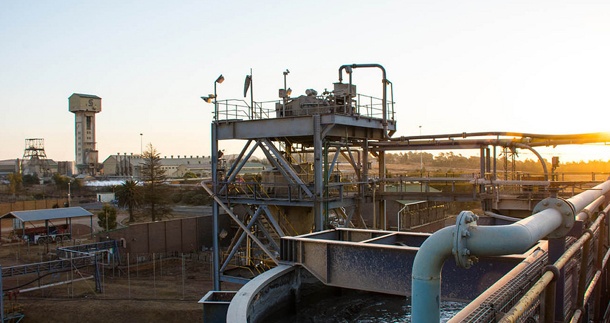 Normalised earnings came in at R2,152 billion which is not out of line with my full year estimate of R3,941 billion.

The analysts results presentation provided little new information other than Sibanye is putting the hand brake on new deals as mining values have soared since the beginning of the year.

Shareholders will be pleased with the 85 cents interim dividend declared which compares with 10 cents for the first six months in F2015.

The result incorporates platinum for the first time with effect from 12 April when the R4,3 billion Aquarius acquisition concluded.

Output was a little worse than anticipated due to labour and safety stoppages and local community disruptions in North West province.

The gold price averaged $1 220/oz for the six months compared with $1 207/oz so the result was driven by a weaker currency and thus a gold price 30% higher in rand.

However, I need to reiterate that costs are in ZAR not USD so a strengthening of the rand inflates dollar costs. At R14/$ cash cost would be $848/oz and all-in cost $998/oz.

However, the wildcard, as always, is the rand. With the recent Gordhan incident, the rand lost 5% of value in a day. I have been working on R15,50/$ but if rand stays at say R14/$ until the end of the year the average is R14,70/$ for the full year or 5% stronger than the R15,50/$ assumption, which negates much of the 5% higher gold price relative to the base case.

All else equal, in the sensitivities the rand exchange rate trumps the gold price

I have had a full year EPS estimate of 430 cents for the year but even allowing for the recent movements in the gold price and currency it is unlikely that the result on these assumptions would be more than 10% higher than that.

Per my earlier comments, I have cautioned against chasing the stock with up to R60 region a reasonable number net of debt and allowing for the variabilities we are dealing with. The stock has retreated from recent highs of R70. At R58 or below Sibanye starts to look interesting again for new money.