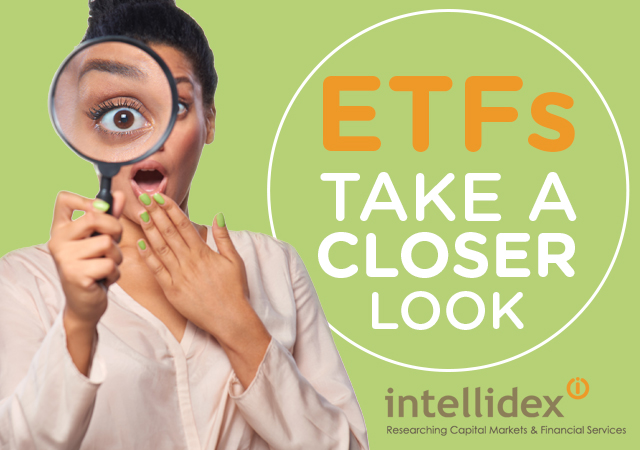 This week we diverge from our usual TFSA-compliant ETFs to look into an unusual ETF that invests only in Krugerrands. Because it invests in a single commodity, the Krugerrand Custodial Certificate ETF, issued by FirstRand, is not allowed in tax-free savings accounts, but could be interesting for investors keen to own gold exposure.

The Krugerrand gold coin was the brain child of the South African government in the 1960s to allow for the private ownership of gold. Other countries followed suit. The first coin was minted in 1967 in a durable copper-gold alloy rather than just pure gold – 91.67% of the coin is made of gold and the balance is copper. The original design had one ounce (31.1035 grams) of gold but as time passed other denominations were introduced: a half ounce, quarter ounce and tenth ounce. At the height of international sanctions against the apartheid government, South African citizens were not allowed to hold foreign currency and Krugerrands became the next best thing.

Krugerrands remain legal tender in SA and it is the most traded gold coin in the world. New coins are still produced, though in smaller quantities. It is denominated in ounces and its monetary value is derived from the dollar price of gold.

On 29 May, the British Gold Bullion Company was offering Krugerrands at £1,049.87/oz (equivalent to about R17,500), while quoting gold at £988.58/oz. The difference is attributed to a manufacturing premium, aesthetic appeal and scarcity of Krugerrands compared to gold bullion.

The fund provides a way to own Krugerrands, but without the hassle and security risk of the physical coins. Each ETF instrument represents a certificate for one full ounce Krugerrand. A custodian holds them on your behalf. The certificates are then tradeable on the JSE, so in effect the ETF allows for Krugerrands to be traded in a visible public market. Technically the fund is physically settled – in other words, at some point in the future, you get your physical Krugerrands (in 2024 according to the fund rules). But in practice that would never happen – the ETF instruments are meant to be traded for cash. When the fund matures in 2024, we expect it would be rolled over into a new fund with similar terms.

FirstRand does not physically hold the underlying assets but has entered into an agreement with a custodian who holds the coins in custody and will deliver them upon request by FirstRand. It is possible for large investors holding over 1,000 certificates to arrange physical delivery earlier.

The main advantage is safe storage of your gold coin investment and the absence of annual management fees (see section on fees below). However, the high price of each custodial certificate is an impediment to common retail investors.

Its biggest risk is the lack of diversification because all assets are in gold and therefore subject to vagaries of investor sentiment towards the precious metal.

The fund does not charge annual management fees. However, it charges a creation fee of up to 15 basis points on all new issues of Krugerrand Custodial Certificates and a redemption fee of up to 15 basis points. FirstRand undertakes to pay the custody fee to the custodian. So, the creation fee is similar to an upfront storage fee until the fund matures in 2024.

Since there are no management fees and the storage fee is payable by FirstRand to the custodian, there is no requirement to liquidate gold holdings to pay costs (other than in respect of redemption fees) – unlike the gold ETFs on the JSE that sell a portion of the investor’s gold holdings annually in order to pay costs. Therefore, the investor’s actual gold holdings decrease annually in ounces. In the instance of the Krugerrand Custodial Certificate, an investor will always own a 1oz Krugerrand coin for each Krugerrand Custodial Certificate.

Without management fees or periodic distributions, the fund’s performance is closely tied to the price of Krugerrands on the market, which is highly correlated to the price of gold. Krugerrands have lost 7.5% in the 12 months to end-April.  Its cousins, Absa NewGold and Standard Bank Africa Gold ETFs, have declined by 5.7% and 5.9% respectively, in the same period.

Proponents  of gold as an investment vehicle point to its historical safe-haven status and its scarcity as appealing factors, with no single monetary authority having the power to manipulate the supply of gold indefinitely. But its limited industrial use curbs demand while its safe haven status is increasingly under question. Renowned tycoon investor Warren Buffett is a strong critic of gold as an invetment, saying: “Gold gets dug out of the ground in Africa, or someplace. Then we melt it down, dig another hole, bury it again and pay people to stand around guarding it. It has no utility. Anyone watching from Mars would be scratching their head.”

Based on its historical price perfomance relative to other asset classes, gold is viewed as a risk diversifer to a portfolio containing other asset classes such a equities, bonds, real estate and private equity. Empirical evidence shows that it improves the risk-adjusted return of a diversified portfolio. Traditionally, gold has low correlation with the universe of other asset classes. It tends to do well when uncertanity is high in the market, which is usually when the other asset classes are under pressure.

Suitability:  Gold is suitable to investors with a long-term investment horizon, specifically to manage investment risk rather than enhance returns. It works as a risk diversifier to a portfolio containing other asset classes such as equities and bonds.  However, this ETF lacks some of the general benefits embedded in most listed ETFs such as diversity within the fund and a low price per unit.

Its closest peers are the Absa NewGold ETF (total expense ratio: 0.40%) and Standard Bank’s Africa Gold ETF (TER 0.25%) both of which hold physical gold rather than Krugerrands.