Intellidex Reviews October 2020: in the News 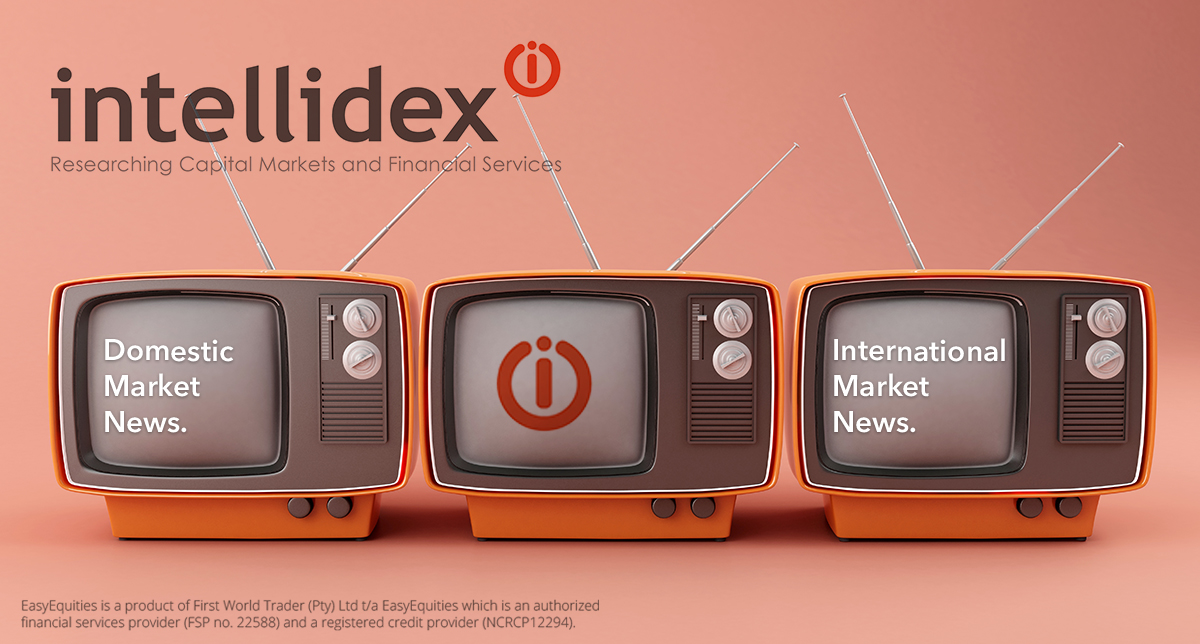 Globally, markets ebbed and flowed as investors reacted to economic news and political news flow. In the US, UK and Europe, the increase in daily infections reached record levels as the president of the US himself tested positive for the virus.

On a positive note, economic growth in the US rebounded, increasing 33.1% yearly in Q3
(-31.4% in Q2). This was driven by consumer spending which accounts for approximately 70% of its economy. In addition, non-farm employment numbers increased by 661,000 jobs in September after a 1.5 million increase the previous month. However, this was less than expected and points to a slowdown in job creation following continued efforts to open up the superpower economy. Furthermore, this saw the unemployment rate decline to 7.9% in September from 8.4% in August.

Manufacturing and services sectors continued to show signs of improvement globally. Purchasing managers’ index (PMI) data for Europe increased to 53.7 in September from 51.7 in August. However, growth in the region was uneven with most of the increase (around 50%) coming from Germany as export trade increased for a third successful month. Similar data for the UK showed a slight decrease from 55.2 (a two-and-a-half-year high) in August to 54.1 in September.

In the EU, retail sales for August reflected earlier efforts to reopen economies, showing that volumes increased by a better-than-expected 3.7% yearly, after shrinking by 0.1% in July. In addition, monthly retail sales volumes increased 4.4% in August (+1.8% in July), driven by increases in categories such as pharmaceutical and medical goods and textiles, clothing and footwear.

China’s Q3 data showed a continuation of its robust recovery, with GDP growth of 4.9% yearly in Q3, up from 3.2% in Q2. Growth came in slightly lower than expected due to a lag in the recovery of the services sector. In addition, industrial production expanded by 6.9% yearly in August, bolstered by an increase in exports. Retail sales in September increased by 3.3% yearly (0.5% in August) and the unemployment rate edged lower from 5.6% in August to 5.4% in September.

The outlook for the rest of Q4 is uncertain and global markets are expected to take their direction from the protracted negotiations around the next stimulus package in the US and an uncertain election outcome. In addition, the downside risks to global growth from the prevailing economic conditions may lead to increased volatility in global markets

Locally, Statistics South Africa (Stats SA) reported that 2.2-million jobs were lost in Q2 of this year, with 1.2 million of these jobs lost in the formal sector. In addition, President Cyril Ramaphosa presented an economic reconstruction and recovery plan to parliament, based on four key interventions: accelerating infrastructure development through important projects worth R340bn; increasing energy capacity by 11,800MW by 2022; direct employment stimulus worth R100bn over the next three years; and a reindustrialization drive through boosting local production.

This was followed by the MTBPS by Minister Tito Mboweni in which more bailouts were announced for SAA (R10.5bn) and the Land Bank (R7bn). The Minister also proposed steps to reduce the fiscal deficit with cumulative spending reductions of R300bn over the next three fiscal years. The largest share of reductions is to come from the public sector wage bill, which will prove difficult. In addition, SA’s debt/ GDP ratio is expected to balloon to 81.8% in 2020/21 and peak at 95.3% in 2025/26 before decreasing meaningfully.

The ability of government to implement the reductions and structural reforms needed to improve SA’s fiscal position remains doubtful to say the least, with post-MTBPS comments by ratings agencies increasing the likelihood of more downgrades.

Intellidex Reviews September 2020: in the News