Coronavirus still has a hold over markets as daily coal consumption in China is now down by 50% from normal levels and daily passenger traffic has fallen 85%. However, the People’s Bank of China, are not afraid to pull out all the stops, and again last week cut the 1yr prime lending rate from 4.15% to 4.05%, and the 5yr rate from 4.80% to 4.75% - this after they cut the 1yr rate from 3.25% to 3.15% on the previous Monday.

Locally, CPI inflation came out at 4.5% y/y in Jan vs 4.0% y/y in Dec, with the increase predominantly ascribed to statistical base effects in the fuel price component. January 2019 saw sizeable petrol and diesel price cuts of 123c/l and 154c/l respectively, translating to a fuel price decline of 10.2% m/m, while the fuel price decrease in January 2020 was comparatively much smaller, at 0.3% m/m, translating to double digit year on year growth, of 13.7% y/yin January versus 2.4% y/y in December.

Chris Griffith unexpectedly stepped down as CEO of Anglo Platinum, after a great year; and the following day they announced that he would be replaced by Natascha Viljoen. She has 28 years’ experience in mining, having previously worked at Anglo American and Lonmin, running the processing division.

Glencore released full year results which showed that they had managed to generate c. $ 5.4 bn of free cash flow to the firm (FCFF) in FY19 despite a tough year, not just from a regulatory perspective, but also operationally. Two thirds of Glencore’s revenue comes from Copper, Coal and Zinc which was down 7%, 23% and 10% respectively.

The combination of several regulatory investigations and commodity price headwinds makes the share unattractive at present.

While, on the otherhand, Sibanye Stillwater’s results are beginning to reflect Froneman’s bets are paying off. For the world’s largest PGM producer, it was a tale of two halves; the first half characterized by strike action at SSW (new ticker replaced old SGL ticker) gold operations and hemorrhaging of cash as a result and the balance sheet under massive pressure, with net debt /adj EBITDA peaking at 3.2x at 1H19.

The second half saw an end to the strike and the continued rally in PGM prices allowing for a very strong 2H19, with revenue 110% stronger than 1H19 revenue. 2019 numbers were also boosted by the inclusion of Lonmin and DRDGold following those acquisitions.

This windfall of high PGM prices has given SSW the opportunity to de-risk its balance sheet with Net debt / adjusted EBITDA now 1.2x. Risks to SSW could be a possible decline in precious metal prices and a return of past operational/safety issues, there also remains the risk that SSW gets back into an acquisitive mode, especially considering CEO, Froneman, has spoken of a move into copper and cobalt assets.

These risks have to be watched closely but given the significant cash generation and de-risking of the balance sheet taking place, Sibanye-Stillwater continues to be a buy.

Kumba delighted the market, reporting a 40% increase in turnover and a 75% increase in profit and return on capital employed up 83% for the year to December 2019. The Ebitda margin increased to 52% and cash flow from operations was up 79% to R34.7 billion. This allowed the board to declare a final cash dividend of R15.99 per share, making a total of R46.78 for the year.

Most of the rail hiccups associated with shipping product from the Northern Cape to Saldanha Bay that affected sales volumes in prior years appear to have been ironed out, though Kumba believes further efficiencies can be extracted from the port at Saldanha Bay.

Anglo American reported FY profits up 9%, with EBITDA increasing to $10bn from $9.16bn. The company benefited from product and market diversification, with strong precious metals and iron ore prices offsetting weakness in diamonds and coal.

Discovery reported group profit fell 11% to R2.07bn with profit at Vitality Life plunging 145% to a loss of R134m due to historically low interest rates in the UK and Vitality Life implementing an interest-rate hedge structure to mitigate exposure to further lowering of UK interest rates, after sayin in November that “risk of a further decline in interest rates is beyond our risk appetite.”

Discovery Bank, had 78,000 clients and 180,000 accounts as of February 18 with deposits having grown to R1.2bn, and Discovery saying this would be its dominant investment going forward.

Dischem fell 5% after releasing a short sales update which was a bit light relative to current valuations. They are guiding Group Sales to be up 10%. The most concerning data point was the weak same store sales of only 2.1%. With inflation of 1.2% that means that like-for-like volume growth was only 0.9% and this despite increasing floor space by 7.1%.

City Lodge reported revenue up 0.2% to R809.3m with profit for the half-year falling 67% to R46.27m – clearly a sign of high fixed costs. Weak consumer confidence, reduced govt spending on travel, high unemployment and uncertainty regarding Eskom, continued to weigh on occupancy rates, which was down 4 percentage pts to 54%

Management seemed to be pinning their hopes on a positive budget, adding that “the group’s portfolio of hotels is in excellent shape to benefit from economic growth and improved business and consumer confidence levels, as and when they occur”

Emira Property Fund – reported better than expected results, managing to up their interim dividend by 1.7%. The portfolio vacancy rate decreased from 3.6% to 3.0% - great in a low growth environment, but could be due to an office disposal.

“The balance sheet is well-positioned, with assets fairly valued and conservative gearing in place”

In the retail sector, Truworths rallied 11.5% on the day it reported revenue for the first half, to R11.03 billion from R10.90 billion a year earlier. The group reported a marginal rise in H1 earnings, with improved margins in its core SA market despite the economy. It seems to be turning around the UK business and focusing heavily on its digital visibility, seeking to improve its e-commerce presence, something particularly important in the European market.

Woolworths, on the other hand, fell 4.4% on the day it announced results which included a cut in the interim dividend for the third year in a row. David Jones saw EBIT down -57% in H1'20 and the SA Clothing division saw EBIT down -9% H1'20. 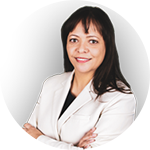