What is the effect on my investment in a dual-listed JSE/LSE stock if there is a Brexit? 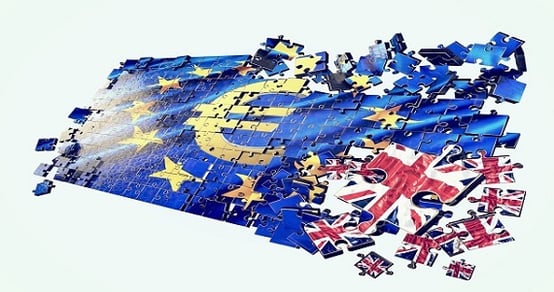 “Should I stay or should I go now? If I go there will be trouble, An' if I stay it will be double”

With the rather insular “Brexit” debate getting to fever pitch, ahead of an in-out referendum on 23 June, South African investors are taking note and perhaps wondering what the implications are for their British American Tobacco, Old Mutual, Investec or Capital & Counties shares, to name a few. About one-fifth of the companies on the JSE’s main board are dual listed, many in London.

There is no conclusive answer as to the effect of a Brexit either. Such a thing has not really happened before so there is only postulation. For every portend of calamity there is an equal and opposite proclaimer of rejuvenation.

Many armchair know-it-all’s predicted dire things for Britain because it didn’t want to be part of the euro currency and Eurozone. All those harmonious advantages, you too could be like Greece.

Schengen Area? No thanks. Oh, but you’ll miss out an all those free movement benefits. Actually, we’d rather have some control of our borders thanks very much.

The UK has other opt-outs or relaxations too, including a preference for labour market flexibility and more domestic influence on justice and home affairs. Oh, but that is anti-European and against the spirit of ever closer union, you’re bound to lose out. On all the above we know which country has had the last guffaw.

I’ve had to rely on rock music for some help, as much else is about as helpful as a mystic séance.

Rock singers aren’t psephologists but they are products of their environment with lyrics often reflecting a societal theme of the time.

British punk rock group The Clash released “Should I stay or should I go” as a 7” single in June of 1982. I was at university at the time and, along with an earlier The Clash hit “London Calling”, it still resonates as one of a number of rock song greats – and a perennial earworm.

The Clash summed up quite well the semi-detached relationship Britain has with “the Continent.” If Britain does leave the EU there will be trouble but if its stays there’ll still be niggling issues, maybe double trouble.

You can’t ignore the economic implications for Europe or indeed South Africa.

Britain is the second largest economy in Europe after Germany and one of the few net contributors to the EU budget and the second largest. The UK has a $3 trillion gross domestic product and there are only four countries in the world with a bigger economic output. Moreover, Britain has considerable military, diplomatic, scientific, academic, and cultural influence globally. Sterling is the third or fourth ranked reserve currency. No wonder the IMF, among other multilateral bodies, have weighed in on the debate.

The more Atlanticist and liberal economic states of Europe, other rich northern countries Germany, the Netherlands and the Scandinavians, are in no doubt they value Britain’s membership and want it to “Remain” rather than “Leave” as the cleverly phrased referendum question has it, leaving no room for ambiguity.

Much like the Swiss referenda, only a simple majority is required. No corporate deal of magnitude, such as the recent unbundling of Bidcorp from Bidvest, could go through in terms of the Companies Act without a 75% present and voting majority. Simple majorities of 50% plus one vote result in both sides equally hacked off whereas with 25% voted out at least you can reconcile that as fair and reasonable and an unequivocal mandate.

What is the effect on my investment in a dual-listed JSE/LSE stock if there is a Brexit?

There is no binary answer to that question much as there is no conclusive answer as to whether a Brexit would be negative or positive.

The effect of a British exit from the EU would be relatively modest for most dual-listed stocks as most, with a few exceptions, reflect international business linkages and less UK specific ones.

Real estate investment trusts that have a UK focus could be affected negatively if the assumption is that Britain would lose investor interest in its large and thriving commercial and residential property market or if interest rates could go up and be higher than they otherwise would be.

Investec and Old Mutual have UK economic interests but South Africa in any event is the majority of income. The listings in London have not been particularly helpful to their respective ratings in any event. Old Mutual is pulling up sticks and coming back so its listing will cease in the next couple of years.

The effect is more an economic one and indirect to varying degrees, whether or not a stock has a listing in London. Purely JSE listed stocks such as Bidcorp or Imperial for example have commercial interests in both the UK and the European Union.

The listed effect I considered relatively modest because it is largely a foreign exchange related effect – which is the case anyway as the pricing in pounds is a reflection of underlying US dollar global earnings. If the pound fell by, say, 15% against the dollar there will be an upward repricing in pounds and with the rand stronger the net effect should be broadly neutral.

For the larger and more popular stocks such as British American Tobacco, SABMiller, Glencore, Anglo American or BHP Billiton there is predominantly a foreign exchange effect as these companies trade internationally.

In a static example of British America Tobacco the relationships would look like this assuming a 15% fall in the pound against the dollar to $1,22/£ and a commensurate strengthening of the rand to R18,22/£ from R21,50/£.

Your net situation probably wouldn’t budge, as the pound share price would adjust to reflect its weakened state but all else is largely the same. This is akin to a Naspers share price adjusting upwards in rand to a weaker rand exchange rate but with Tencent unchanged in Hong Kong dollar.

If I take Capital & Counties, a UK focused property play, there could be a double whammy. If we assume sterling prices are marked down absolutely – I’ll assume by 15% as investors price in higher interest rates, disinvestment, heightened political and economic risk and the general unknown. Then not only do sterling nominal values fall but there is the weaker exchange rate on top. In this static example your dollar and rand value both fall by 28%

Intu Properties would be in a similar boat to Capital & Counties.

The following dual-listed stocks would probably rank among the top in many portfolios:

Some, such as Mondi or British American Tobacco, have a relatively small economic presence in Britain in relation to their total business. Mediclinic has a growing British exposure and has its main listing in London now. Others will have very little, such as South 32 and BHP, and that could be more in the way of legal, insurance, banking and other key services for which London is well known. In the case of NEPI, there is a London AIM listing but the focus is Eastern Europe whereas Sirius has a German property focus.

However, almost all have linkages to both Britain and Europe in some way or another and so the indirect effect through Europe comes in to play in all instances. What affects Britain affects Europe and vice versa but in the case of Brexit it is anybody’s guess as to how that plays out.

The list below is JSE companies I have identified for whom Europe in total is quite important. This is not exhaustive. Some, such as Brait, Foschini, Discovery, Bidcorp and Netcare have a relatively important exposure to Britain.

Of these, Brait is the most exposed to Britain at approximately 70% of net asset value due to investments in New Look, Virgin Active and Iceland Foods. The UK business of Discovery contributes 15% of normalised operating profit. Phase 8 contributed 17% of total Foschini sales in the past fiscal year with Britain the largest market. The UK is the largest single market by revenue and profit for Bidcorp although this is diminishing proportionately as the business expands internationally. For Netcare, whilst the UK is approximately half of revenue the contribution at the earnings line is only 3% due to the capital structure.

For Spar, which has 26% of turnover now coming from Ireland, Britain is a critical trading partner for Ireland and so it’ll be watching carefully. Steinhoff is listed in Frankfurt but has important manufacturing and retail operations in Britain. Imperial has important operations in Germany and it has just agreed a £163 million deal to buy a British freight company with distribution across twenty European countries. Ascendis is expanding rapidly in Europe but its advisory services and funding partners are all based in England. All have a vested interest in stability and progress.

One thing we do know is that executives manage that which they can manage. Whilst some safeguards have been put in place, such as property deals contingent on a particular outcome, there is frankly not a lot that can be done. Even if on Friday 24 June a Brexit is on, we still won’t really know where we stand as there will be a long and tortuous exit negotiation.

Irrespective of in or out, positive or negative, it is uncertainty that weighs most on confidence. Which is why the pound has been cheaper than it probably would be. It is a fair bet that should “Remain” prevail there will be a strengthening bias to sterling – which has other ramifications for South African investors too.

The Clash and the Stones may have as good enough a prediction as anyone. After 23 June, “London Calling” may still be a signature tune for Europe and the Brits will shrug and reckon “You Can’t Always Get What You Want” and maybe get on with being influential from within.