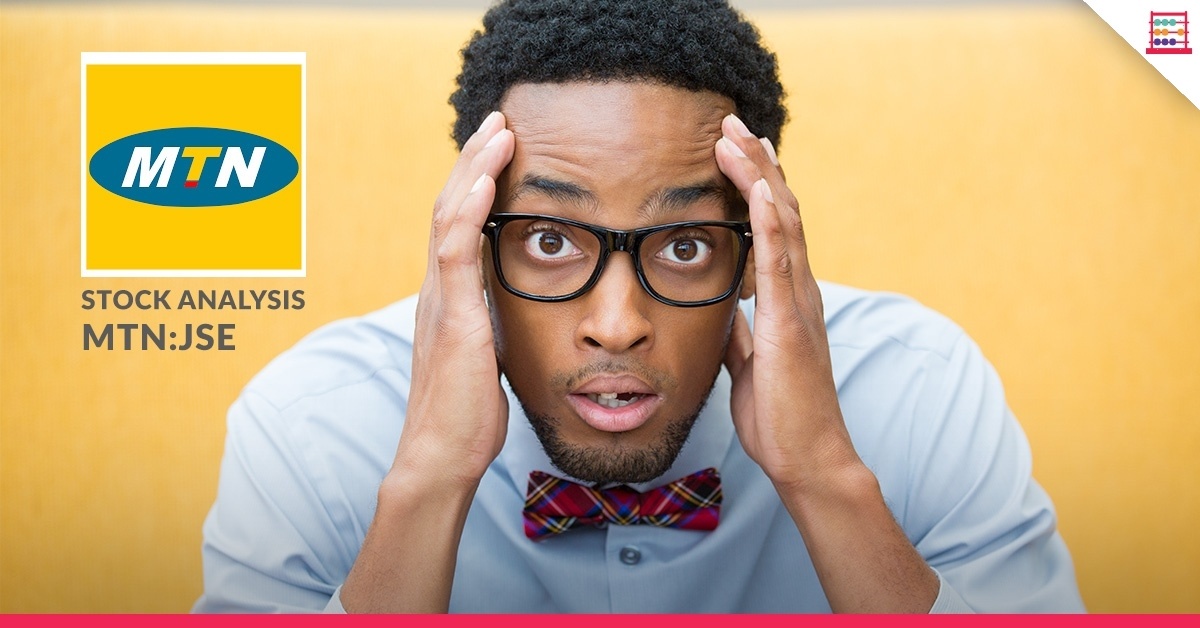 What was noteworthy about the 2017 annual result was a return to a “progressive” dividend policy, the sort of policy that hit a buffer once earnings stalled and the expensive Nigerian regulatory problem occurred, along with naira currency woes. Between 2012 and 2016, the normalised EBITDA margin fell, gearing increased, and dividends paid increased ahead of earnings. In 2015, the rate of dividend increases slowed sharply and in 2016 the total dividend was cut by 610 cents to 700 cents, the same dividend that was declared for 2017. A new base of 500 cents is signalled for 2018 but the rate of growth thereafter is 10% to 20% per annum, a heroic rate of increase relative to where earnings are likely to be. Investors should be cautious of companies that promise to pay increased dividends year after year. Vodacom has a dividend policy of 90% of Group earnings, together with a contribution via Safaricom, which is sensible as your dividend is a function of how the business performs. MTN remains a Sell relative to Vodacom.

The results for the year ended December 2017 are encouraging in the context of issues MTN has had to face in the previous two years. But that is not saying much.

There are various ways to get to earnings per share.

Basic headline EPS is 182 cents compared to a loss of 77 cents. In 2016, the Nigerian regulatory fine was net 455 cents with a further 45 cents related to the interest unwind.

MTN prefers to highlight their adjusted EPS of 665 cents in 2017, which requires backing out an interest unwind of 46 cents, hyperinflation effects, forex gains and losses, MTN Zakhele, and loss on derecognition of a loan.

However, operational EPS is arguably closer to 506 cents per share, which is down by 7,6% and half what they made in 2012.

Whilst EBITDA is reflected as R47,0 billion by MTN, up 2,5%, this also includes a once-off profit of R6,0 billion on exercising the right to exchange the group’s interest in Nigeria Tower for a higher shareholding in IHS. This means that underlying operational EBITDA is R41,0 billion, which compares with R65 billion in 2014. Impairments of R3,0 billion were taken in Syria and Sudan. 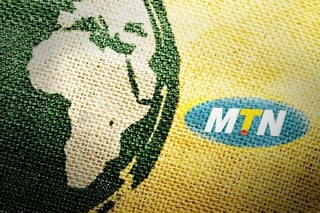 The EBITDA margin overall is not improving and unlikely to, with an estimated 34% margin over the next three years.

A substantial amount continues to be allocated to capital expenditure with almost R35 billion spent in 2017.

The actual cash result versus the earnings result is important, let alone adjustments to flatter reported earnings, particularly in the context of claims on cash flow and now dividends.

MTN indicates it is effectively returning to the “progressive” dividend policy that it used to have, and which got it in to a whole heap of trouble when the earnings lagged the growth in dividend. 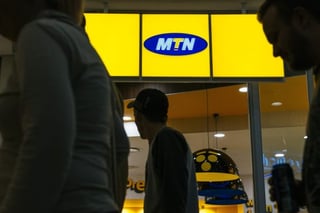 In 2017, EBITDA was R47,0 billion, including the once-off tower profit. From that you deduct cash interest of R3,9 billon, cash tax of R7,6 billion, and then capex and investing of R27,6 billion. That leaves R7,9 billion. Dividends paid were R13 billion, leaving a gap of R5,2 billion. Unsurprisingly, net debt increased by R5,2 billion, confirming my suspicion they are funding dividends from borrowings.

If there is modest growth in operating profit, then this progressive growth in dividends is going to result in the debt at best staying where it is but more likely growing. I have debt to equity of over 70% for the next few years.

If earnings remain stagnant, a not unlikely prospect given the economics of fixed line and mobile telephony, then with a 20% growth in dividends MTN will be paying out twice its EPS in five years. Even at 10% a third more is forked out in dividends relative to earnings.

At the current share price of R131,50, the forward gross yield is 3,8% or 3,0% net of dividend withholding tax. This is a thin yield for minimal, if any, earnings growth in an industry in which you run to stand still.

Combined with a thin yield, the policy of hiking the dividend without reference to earnings is even less justification to want to own the stock. If MTN are trying to instil investor confidence by upping the dividend from a new base in 2018 this is an odd way to go about it.

I don’t like this dividend policy, preferring the far more sensible Vodacom approach. I thus remain sceptical on the MTN investment case.

In my note on Vodacom dated 5 February 2018 (“Holding the line”) I observed that “This is therefore not a growth stock but, whilst running to effectively stand still, Vodacom is doing the right things to remain competitive in a price-down telecommunications environment”. Whilst I am not a big fan of the telcos, if you want to be exposed then Vodacom remains my better bet as it has fewer risk factors than MTN. On a trading theme I’d be short MTN relative to VOD. 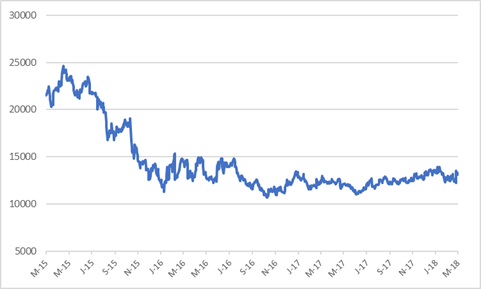 MTN and Vodacom based to 100 over three years 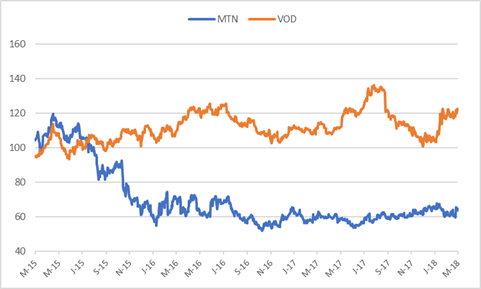