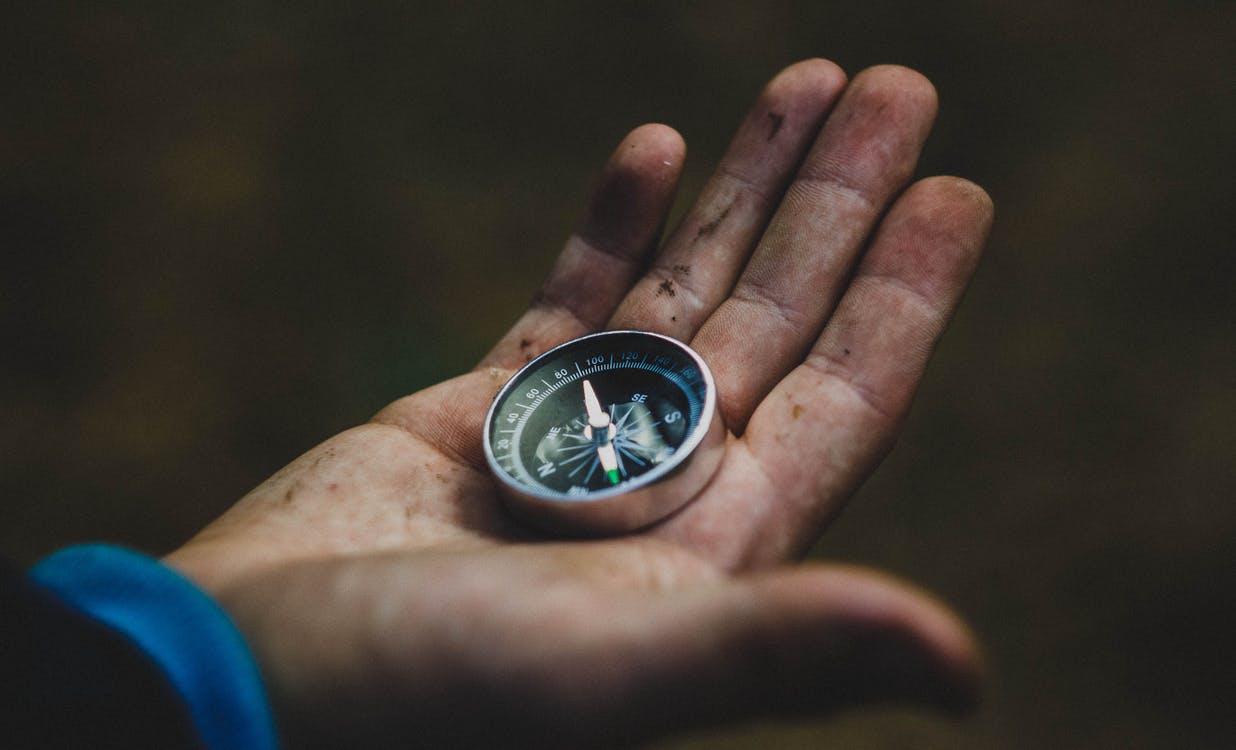 EasyEquities is launching investors in to a brave new world, that of US stocks. Shortly, after the virtual trial, you’ll be able to invest in an Alphabet soup of well-known corporations with ticker symbols such as GOOG (for Alphabet, since we are on the topic), MSFT (Microsoft), PG (Proctor & Gamble), DI (Walt Disney), KO (Coca-Cola), MCD (McDonalds) or VZ (Verizon Communications).

The above names, among many, appear in various “Environmental, Social and Governance” funds. This classification may also be referred to as “Sustainability” or “Socially Responsible” investing. Which is useful to know, as some EasyEquities customers are asking which companies are “ethical” and which not.

Financial factors tend to be a driver of an investment and are measurable. These are the “hard” factors. But what about the “soft” factors? These aren’t easy to measure. Whilst most companies have righteous mission statements, is this perhaps lip service or is it something ingrained in employees?

But when things go awry the softer factors in business sure do have a financial impact., both on the valuation of a company and the profit & loss account.

A more recent example is Wells Fargo, which was found to have created fraudulent savings and cheque accounts. The BP Deepwater Horizon disaster was partly a result of BP at that time having a poorer health and safety record than its peers in the Gulf of Mexico. Petrobras, the Brazilian oil company, was implicated in corruption. Toshiba and Olympus executives were complicit in accounting irregularities.

Fiat Chrysler Automobiles was removed from the Dow Jones Sustainability Indices following revelations regarding their diesel emissions. This diesel “defeat devices” scandal has rocked the entire auto industry in the US and Europe. Investors will question whether it is right to be invested in such auto stocks.

Closer to home, Lonmin had a serious breakdown in labour relations in 2012 with consequent casualties and financial consequences.

Google had a “don’t be evil” motto for many years, subsequently replaced with “do the right thing”. Nevertheless, it has had its fair share of accusations, including creative tax arrangements and, in June, a hefty penalty for apparently flouting EU anti-trust rules.

Perhaps we expect too much in behaviour from even the best of businesses.

Business is difficult, competitive, and risky at the best of times. It is subject to business cycles that could create financial stress at times. Business is subject to technological change that may destabilise a proven business model.

Investors seek improving profits. Companies that are listed may be harassed by activist investors seeking better performance, possibly for short term gain but potentially with long term harmful consequences. BHP Billiton, a well-run mining business by any measure, faced just such a challenge in April, from hedge fund Elliott. This type of investor is what I call a “carpetbagger” – opportunistically here today, gone tomorrow, and with little thought for long-term sustainability. 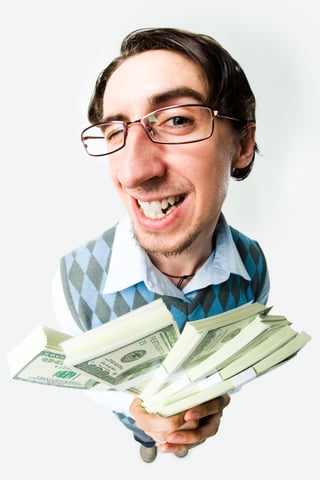 Average holding periods in stocks have consistently fallen. Short termism would naturally influence management behaviour. The fixation with quarterly earnings, particularly in the US, is unhealthy. Executives are judged, and incentivised, seemingly for quarterly profitability. Including managing for sustainability may be at odds with that financial focus in the short term. Privately held and managed companies can’t run in that manner.

Ethics, or call it morality, is a philosophical construct. Most of us know right from wrong, good versus evil within the society in which we live. Laws regulating conduct can have similarities throughout the world, or not. Different societies will see morality through different lenses. A religious custom acceptable and seen as moral in one setting may be abhorrent in another. What was acceptable practice once may today be unacceptable.

As society evolves so too do moral precepts, which makes it questionable to judge past conduct or actions or business practices through the prism of the present.

Take for example alcoholic beverages. Prohibition of alcohol across all states in the United Sates lasted from 1920 until 1933, with the last US state ending prohibition as late as 1966. Even today there are dry counties and townships.

However, alcoholic beverages today are a $225 billion industry by value and 15% of all beverages by volume – 15% more than milk, only 23% less than bottled water, and 60% of the volume of soft drinks. Alcohol in the United States is the fourth most consumed beverage, not that far behind coffee, the third most consumed beverage at 18% of the volume. Alcohol, particularly spirits, is a growth industry in America. The influence of the temperance movement has waned.

The Federal government collects $11 billion in alcohol taxes and all 50 states and some localities levy their own excise taxes on alcoholic beverages. In fact, taxation was a motivator in the repeal of prohibition, such was the dramatic decline in revenue. Tobacco too, despite health concerns, remains an important source of tax in the United States with state and local taxes $17,5 billion. Morality clearly took a back seat to pecuniary motivation. 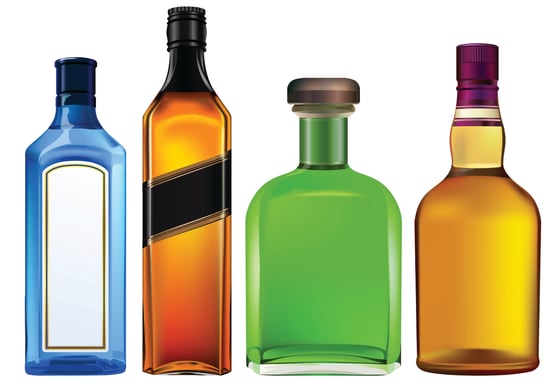 We all seek “value” but we may have differing “values.” Regardless, most investors seek the same economic value even if they have different moral values.

As an investment theme, with investors investing across borders, ESG has gone from fringe to mainstream. This concept is now joined by Shariah compliant, Catholic values, low-carbon footprint, and fossil fuel free investment alternatives, to name a few.

What has also changed is regulation, which is tighter than ever before. Companies across the world are obliged to adhere to a myriad of laws that prohibit certain activities or regulate behaviour and standards. Much of this is multilateral, involving multiple jurisdictions.

Integrated annual reporting now incorporates much more than what was traditionally a financial document with some perspective on the operational performance. In this regard, South Africa is at the forefront and investors have ample ammunition to decide for themselves as to whether they wish to be associated with a company or not.

Investing in US listed stocks opens a huge breadth and depth of alternatives but investors can rest assured that strict reporting standards give sufficient information to make an informed ESG choice.

Any major stock exchange will issue guidance in this regard, setting out recommendations for good practice. Companies seeking to list need to abide by strict regulatory guidelines. The Nasdaq exchange, for example, is onerous and the stock exchange maintains a website that provides guidance on the applicability of the corporate governance requirements. Each company has to adopt a code of conduct that complies with the definition of a "code of ethics" set out in the Sarbanes-Oxley Act of 2002.

A financial analyst like myself does not just look at balance sheets these days when making a judgement call on a company. Granted, environmental, social and governance has not always been top of the list in the past; after all, capitalism is the pursuit of profit primarily. But quality of management and the way employees are obliged to conduct themselves has a bearing on the investment case.

The range of stock choices and permutations of that are extensive. Investors have choices if they have criteria, such as antipathy to an industry or company. 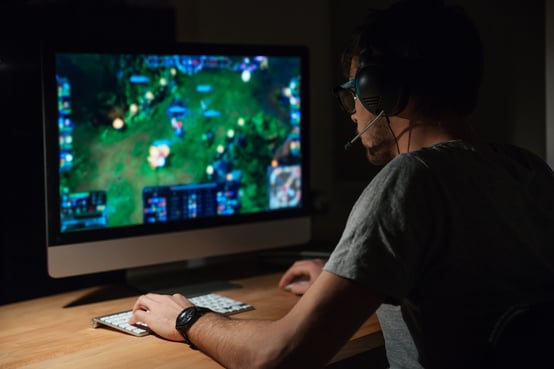 But Tencent of late has been criticised by the Chinese government for fuelling gaming addiction among youngsters. The state controlled newspaper People’s Daily fingered the Honor of Kings mobile game as being “poison” and spreading “negative energy”. There are various social behaviour problems emerging. Does this, therefore, cross Tencent off your list as a socially responsible company?

Now, there is nothing inherently unethical about a tobacco company. This is a perfectly legal commercial activity and regulated in most countries. Tobacco plays a big role in government tax revenues. Indeed, Reynolds American and British American Tobacco are good corporate citizens. If people choose to smoke, aware as they are these days of the risks, then so be it. 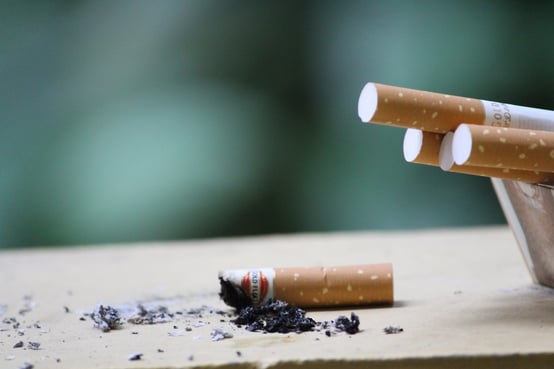 But if you abhor smoking you may see the practice of producing, marketing, and advertising this harmful substance as immoral even if it is legal. The product harms those who smoke and can harm those who don’t but come in to contact with smokers. If you feel strongly about this then the entire ESG index could be out of bounds to you, even if the constituent is a small fraction of the index.

Financial sustainability sits comfortably alongside environmental, social and governance sustainability, there is no inherent contradiction.

It is no accident that some of the top ranked stocks on ESG criteria have also done well financially whilst innovating and growing – the stock price of Ecolab has doubled in price in five years, earnings per share is up, and shareholders have earned handsome dividends.

It is worth remembering too that a “cool” company by name or popular imagination may not necessarily be the best company for you to invest in. 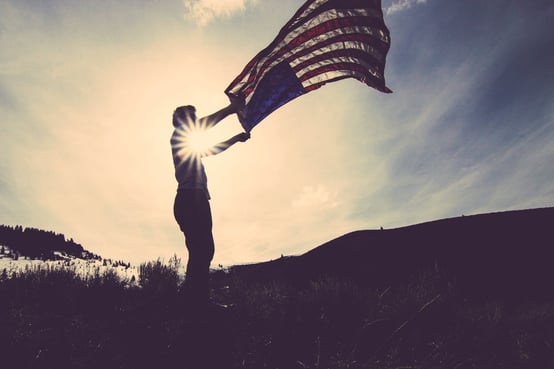 EasyEquities has opened a kaleidoscope of great opportunity in the US to its growing number of customers. The sweet, or should I say candy, bowel is tempting. There are ample tools available for investors to do their own homework and EasyEquities will also be providing ongoing research and guidance. Ethical or moral considerations will feature in many investors checklists but there are credible external resources available to influence the correct choice and peace of mind.

Wishing you profitable investing in America, until next time