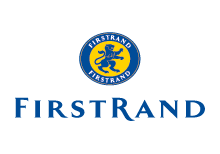 Market pressures notwithstanding, including declining automotive sales, FirstRand continues to have a clear lead on peers Barclays Group Africa, Nedbank and Standard Bank. Whilst the peers do show some improvement on certain metrics relative to FSR in recently published annual results, the differences are insufficient to narrow the rating gap to any large degree. In tough times this remains a quality exposure to financials.

The six month results ended 31 December 2015 were pleasing and the upshot is that I’ll probably not be adjusting my full year estimate, at least not to a material degree. I currently have full year EPS at 419 cents compared with 378,5 cents in F2015, growth of 10.7%.

In assessing these results, the following things should be considered.

Adjusted headline earnings grew by 9% to R10 915 million with FNB (up 9%), RMB (up 15%) and Wesbank (up 15%) growing earnings collectively by 12%. This was driven by an 11% growth in net interest income after provisions and 5% growth in non-interest income. Due to the BEE structure maturing a small number of shares were bought back and so adjusted headline EPS grew by 10% to 194,6 cents.

The dividend cover was adjusted down slightly to 1.8x at the end of the last fiscal and there is no change in payout policy just because the dividend grew by more than earnings. My forecast of a 10% growth in full year dividend to 232 cents remains.

Strategy has shifted slightly toward developed markets, particularly UK and the Channel Islands, whilst holding the fort in Africa with existing operations.

Management feedback is that they are cautious on the immediate outlook, rather more so than at the end of F2015.

FSR is on an exit PE of 11.7x on my estimates with the price to book at 2.8x. The forward PE is 11.4x and the forward dividend yield 4.9%. The valuation premium to peers remains.

The FSR share price has outperformed peers over the past few months and of late has run up ahead of my fair value of R44. The stock though remains in range with my target price unchanged at R51.