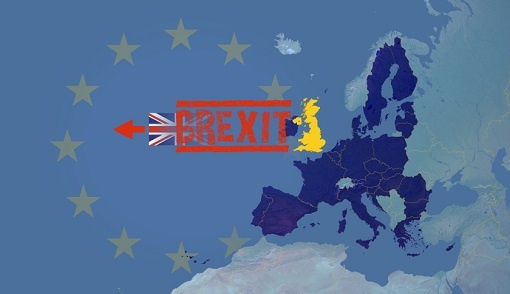 I’ve been bearish on the Brait valuation for months now with a Trading Sell recommendation and a fair value south of the prevailing share price. It’s taken Brexit to really bring it down to earth.

The fall has less to do with a derating of the multiples that Brait has used to value its investments but more a currency and rating depreciation effect. This is similar to my “double whammy” Capital & Counties pre-Brexit scenario - a lower value on pound assets and weaker currency.

Pre-Brexit, the market was pricing in a premium to what was already a generous rating applied by Brait on UK assets and the currency was in the region of R21/R22 to the pound. This premium has now evaporated and on top of that the rand has appreciated to R18,80/£ at the time of writing.

In the weeks before the referendum outcome, the stock was trading in the region of R160 and its high for the year was R174 in March. The year to 23 June average closing price was R158.

Last Friday, 8 June, the stock traded down to just above R116 before closing at R120. At the time of writing, the stock has slipped back to R119. 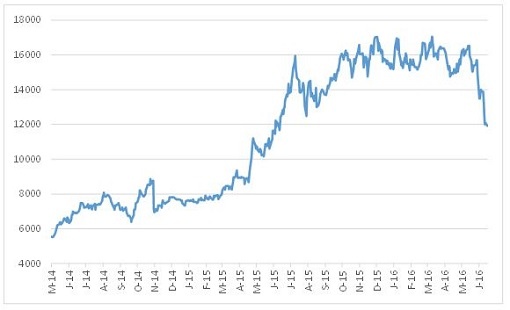 Brait has lost approximately a quarter of its value prior to Brexit and 30% since the highs or the equivalent of R26 billion in market value – almost enough to buy all of Imperial.

In addition to the trend in the equity value, the listed bonds also show a similar picture.

I’d caution though about getting too enthusiastic about better value for new money. The valuation method used by Brait may well be transparent but an analyst needs to interrogated and stress test for assurance. In my own view, Brait has been valued too generously and the market correction is a welcome development.

The Brait portfolio is orientated to Britain – in excess of 70% of NAV. An overwhelming majority of New Look and Iceland profits are generated in Britain and a substantial proportion of Virgin Active profits. Whilst these are good, well run companies that have proven business models they are not immune from economic challenges and prevailing uncertainties. Perfection pricing was not appropriate pre-Brexit and it is certainly not appropriate now.

With recent operating performance taken in to consideration and applying what I regard as more representative multiples than the market has previously been ascribing, a value closer to R93 would represent reasonable value with up to R100 per share defendable. Pricing below R120 therefore starts to look interesting for new money, with the  caveat that underlying profitability is maintained or improved and the exchange rate does not strengthen materially. 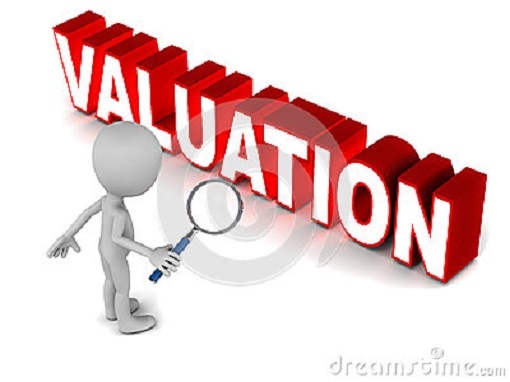 A few pointers to consider in understanding the valuation of Brait:

Pre-Brexit Scenario based on 31 March 2016 exchange rate and assuming a R160 share price. The stock market pre-Brexit is pricing in substantially higher multiples than Brait has applied as at balance sheet date.

Monday 11 July 2016 scenario assuming an exchange rate of R18,80/£ and share price of R120. In this scenario, the multiples have fallen from a large premium pre-Brexit to approximate the multiples Brait applied as at 31 March 2016. The share price therefore has a double whammy – not only do the underlying values fall but the rand strengthens too for an approximate post-Brexit 25% decline. If an exchange rate of R17,00/£ were used rather than R18,80/£ then NAV falls by 7% from R120 to R112 per share.

Scenario for the year ended 31 March 2016 using acquisition multiples for New Look and Virgin and earlier Brait multiples on Premier and Iceland of 6,5x each. In this scenario, the NAV is R79 per share, 42% less than the stated NAV as at 31 March 2016.

With recent operating performance taken in to consideration and applying what I regard as more representative multiples than the market has previously been ascribing, a value closer to R93 would represent reasonable value with up to R100 per share defendable. I have applied a 10x multiple for New Look, in any event a premium to the 9x paid, but if 11x were applied to account for future international diversification then NAV rises to R100. Pricing below R120 therefore starts to look interesting for new money, with the  caveat that underlying profitability is maintained or improved post-Brexit and the exchange rate does not strengthen materially. If an exchange rate of R17,00/£ were used rather than R18,80/£ then NAV falls by 6% from R93 to R87 per share.